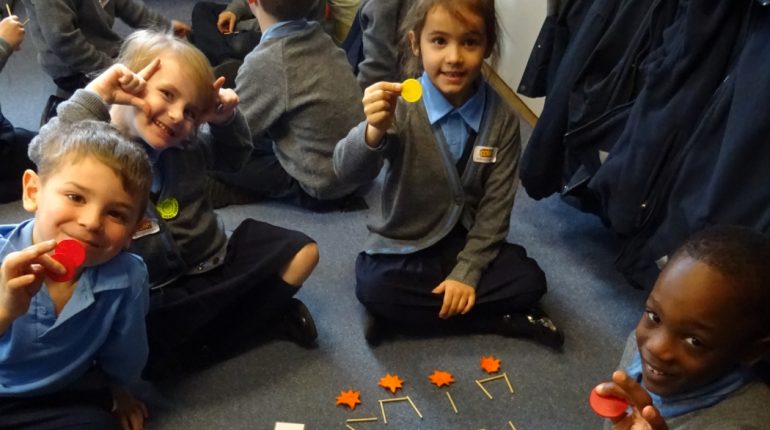 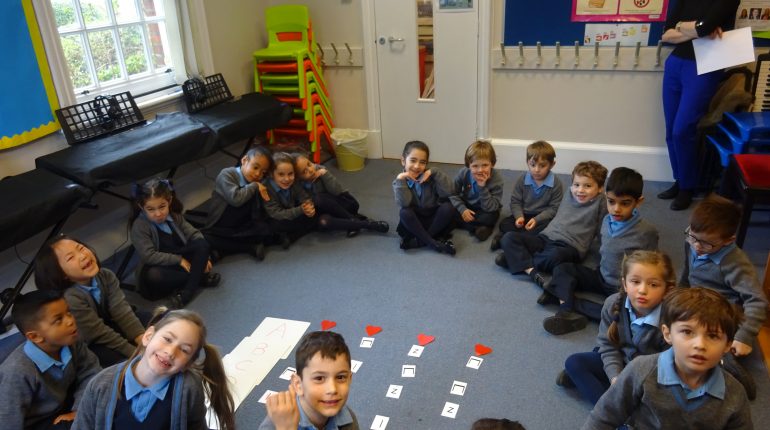 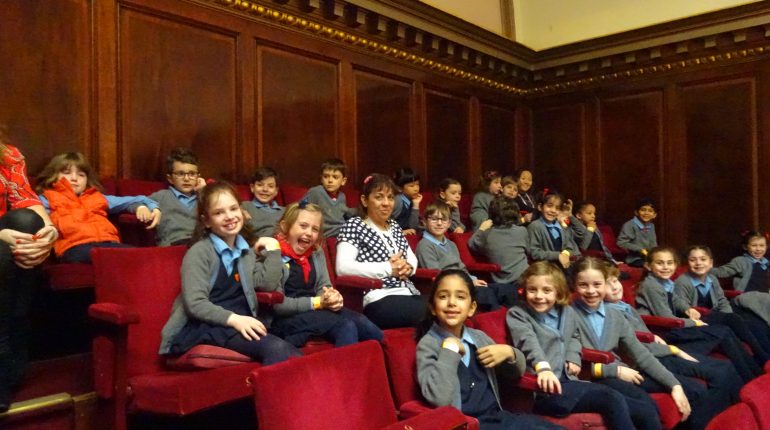 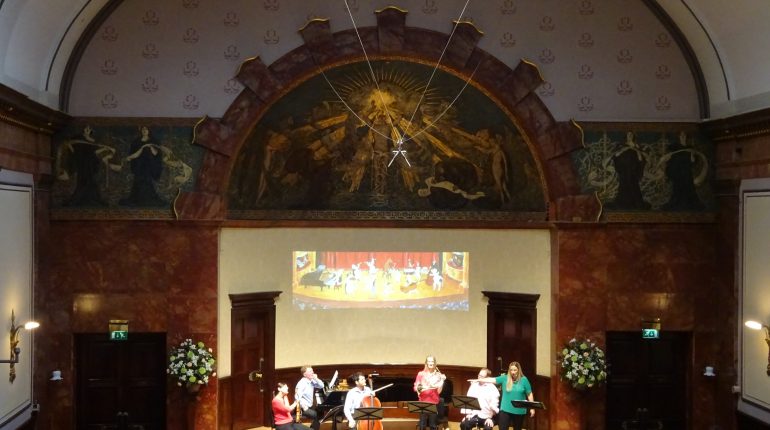 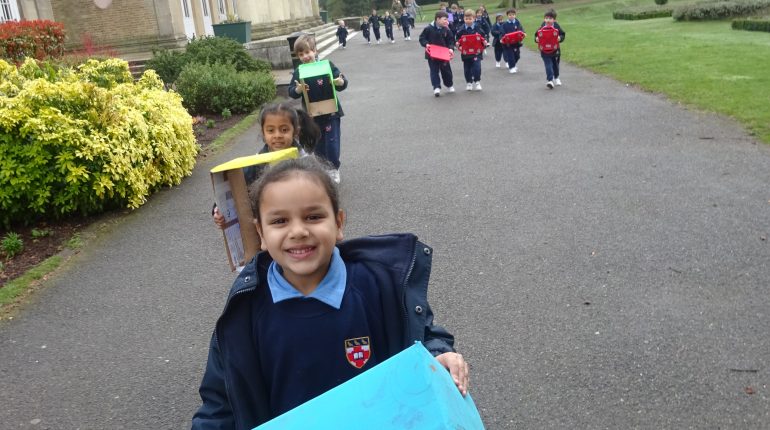 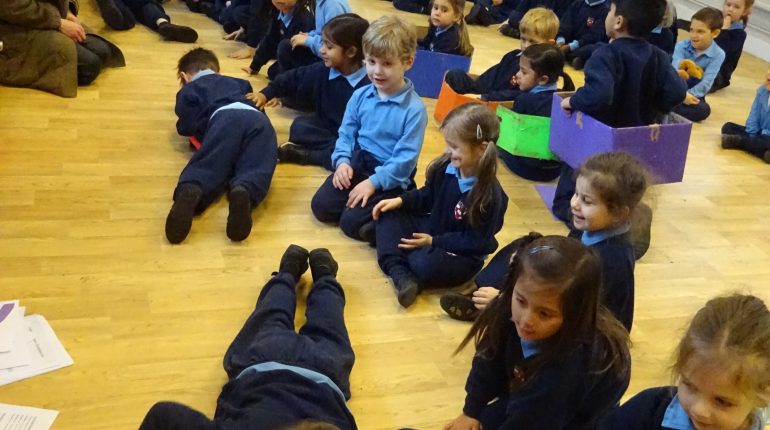 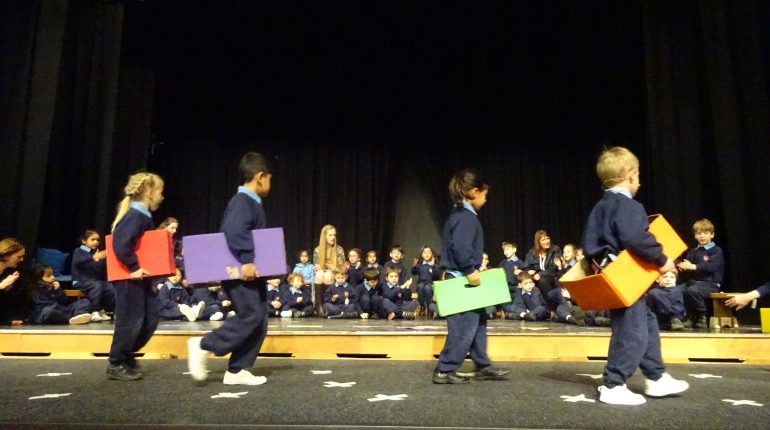 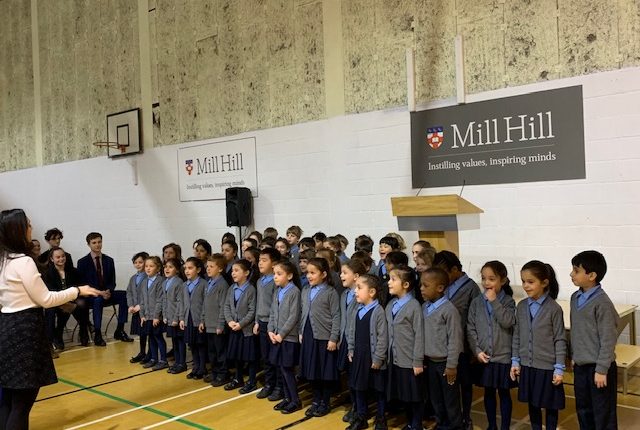 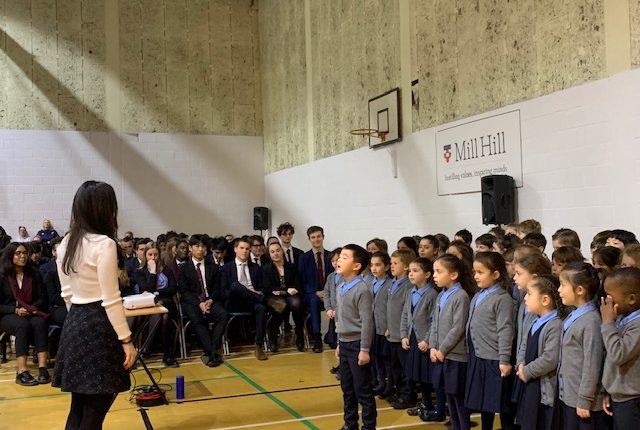 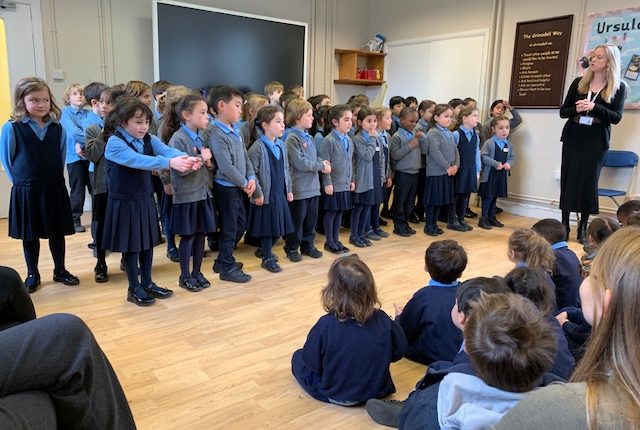 At the end of last week on Red Nose Day, Year 2 went to the Wigmore Hall to watch a performance of ‘Stan and Mabel and the Race for Space’. The story was narrated throughout with music that had been composed especially to accompany this story. The children were introduced to the Grand Piano, French Horn, Violin, Cello and Clarinet. The children had pre-learnt some songs and were interacting throughout. The children enjoyed choosing their favourite instrument and feeling the impact that music made to the story. They were excited to have a packed lunch at the theatre and the show’s narrator, Polly came to say hello.

The Toffee Bear Choir were in demand on Monday this week with two performances, one at Mill Hill School during their whole school assembly the other during Grimsdell’s assembly for the rest of the school. The confidence of the children was especially apparent when we sang at Mill Hill School where they were not daunted by the new environment and sports hall full of big children! Well done Toffee Bears.

Reception have had a busy week with rehearsals in The Large. The show is really coming together, the children’s energy is contagious and we cannot wait to perform for you next week.

Year 1 have been learning about how a song is structured, firstly they worked out the structure of a song that we had already learnt by recognising the repeated rhythms. Then in groups they composed their own rhythms and independently labelled the structure.