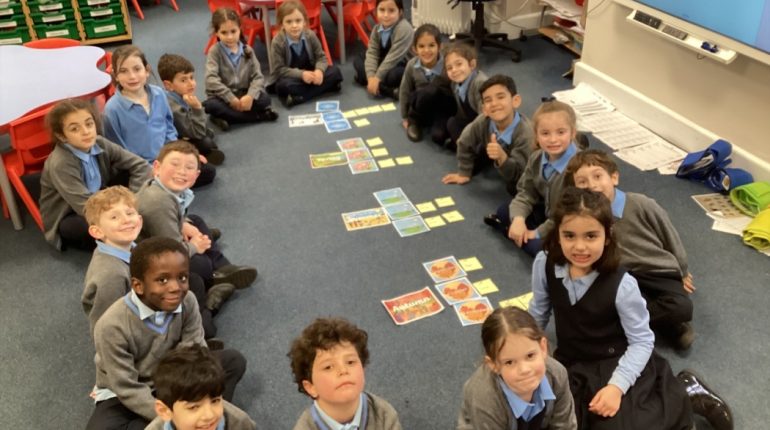 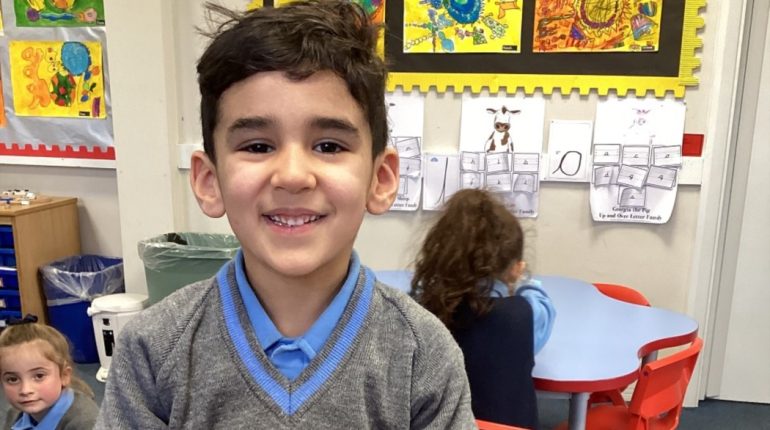 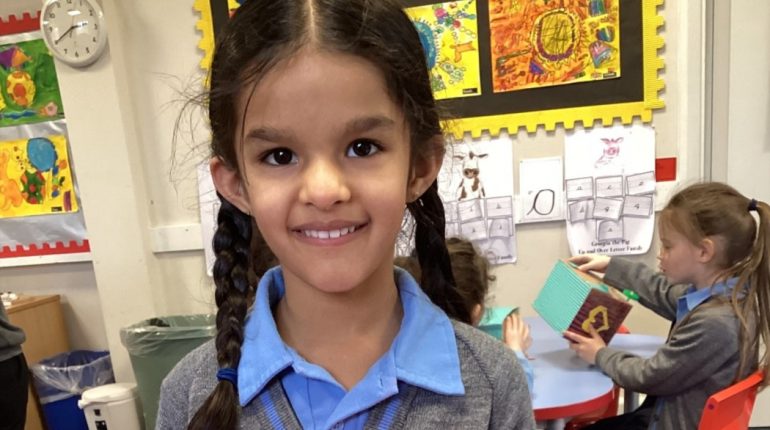 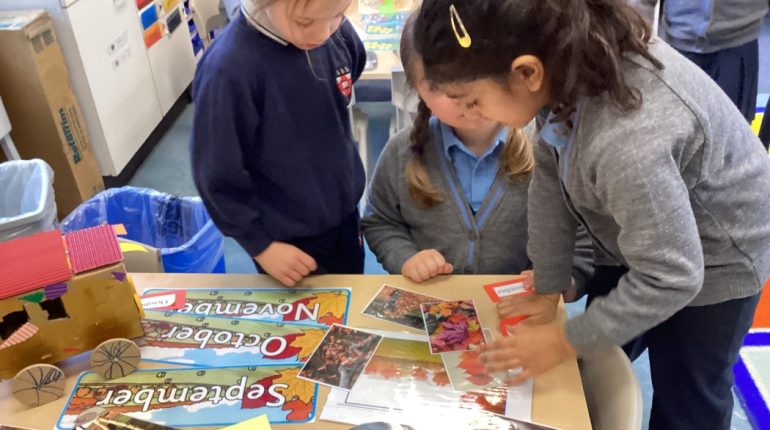 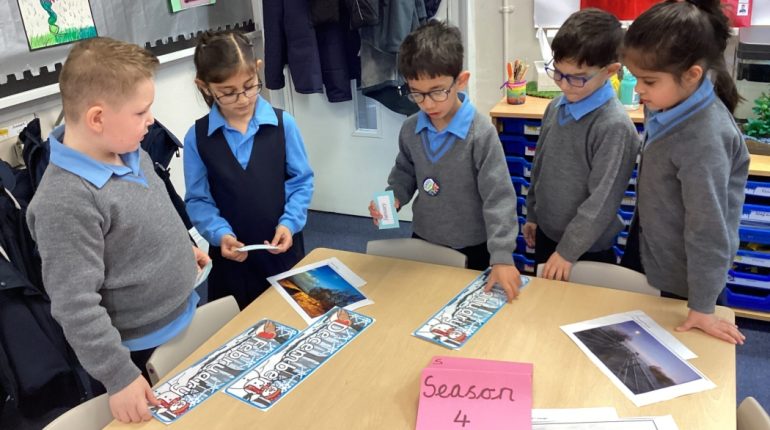 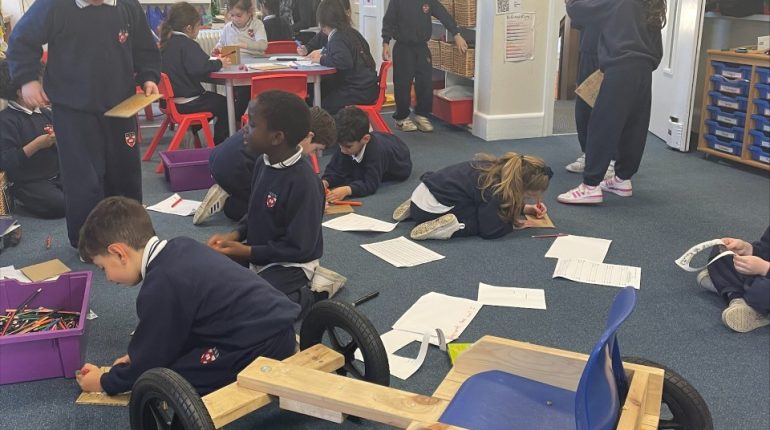 This week Year 1 have used their imagination to visualise something as simple as a box, into all manner of things. It’s not a box….”it’s a galactic spaceship”, “it’s a house with a door”, and “it’s a pirate ship”. Children played an ‘echo game’ to share their box ideas and come up with an action to support the vocabulary.

In literacy, we were introduced to ‘Al the apostrophe’, an imaginary character who loves to create contractions such as wouldn’t, didn’t etc. First, he munches the letters that aren’t needed, then he bunches them up to get rid of the gaps and finally he marks where the missing letter(s) used to be.

The children really enjoyed playing ‘matching contractions’ games together and competing against their previous times.

In phonics we have begun to recognise and use split-digraphs. Firstly, we revised that just like the dinosaur t-rex, its name is different to the sound it makes. This is just like our letters have a name and a different sound they make. Children played split-digraph dominos, real vs. nonsense words games and constructed their own words that contain the split-digraphs.

In anticipation for our ‘Wheelie Wonderful Day’ on Friday, the children planned and decorated their class Billy-Cart. Bunting, intricate motifs and motivational slogans were created to embellish each class’s respective Billy-Cart ready for the big event on Friday.

In PSHEE, we looked at strategies for managing and being open to change, and examples where change can be positive. The children impressed us with their ability to reflect and engage with the discussion.