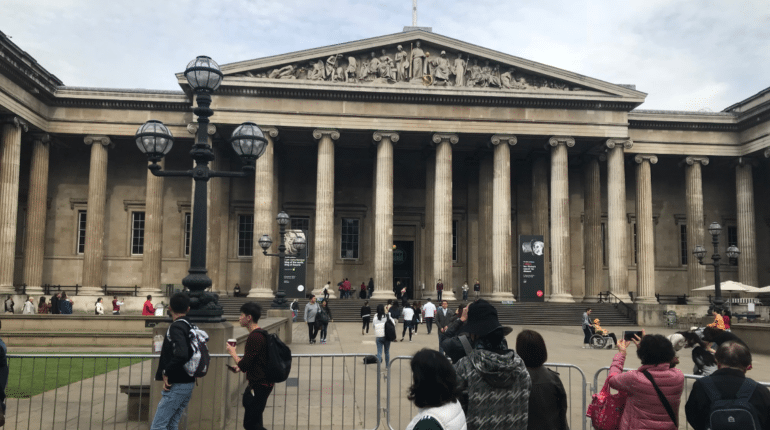 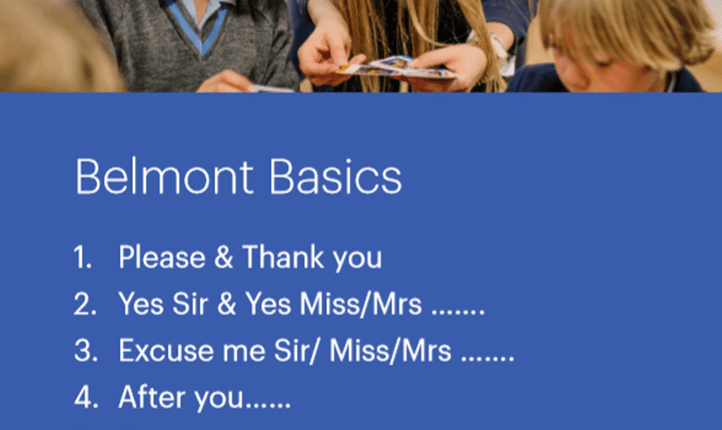 In assembly this week I spoke to the children about my weekend family outing to the British Museum. My three daughters have been learning about the Ancient Egyptians and The Roman Empire so they were excited to see some original artefacts. When approaching the building for the first time, their initial impression ranged from ‘amazing on the outside and even better on the inside’, ‘so much bigger than I expected’ to ‘Awesome!’ However, after an hour seeing the Roman Mosaics and Egyptian Mummies and walking around other areas of the museum, they began to change their tune. Their initial enthusiasm waned with complaints about aching legs and one of the twins telling me ‘this is not as much fun as I thought. All we did was see the things that Daddy wanted to see!’ The other twin reflected that her highlight of the trip was ‘having some cake’. On this occasion, the positive first impression was relatively short lived.

We talked to the children in assembly about trying to make the right first impression and how the Belmont basics can help them to do that. 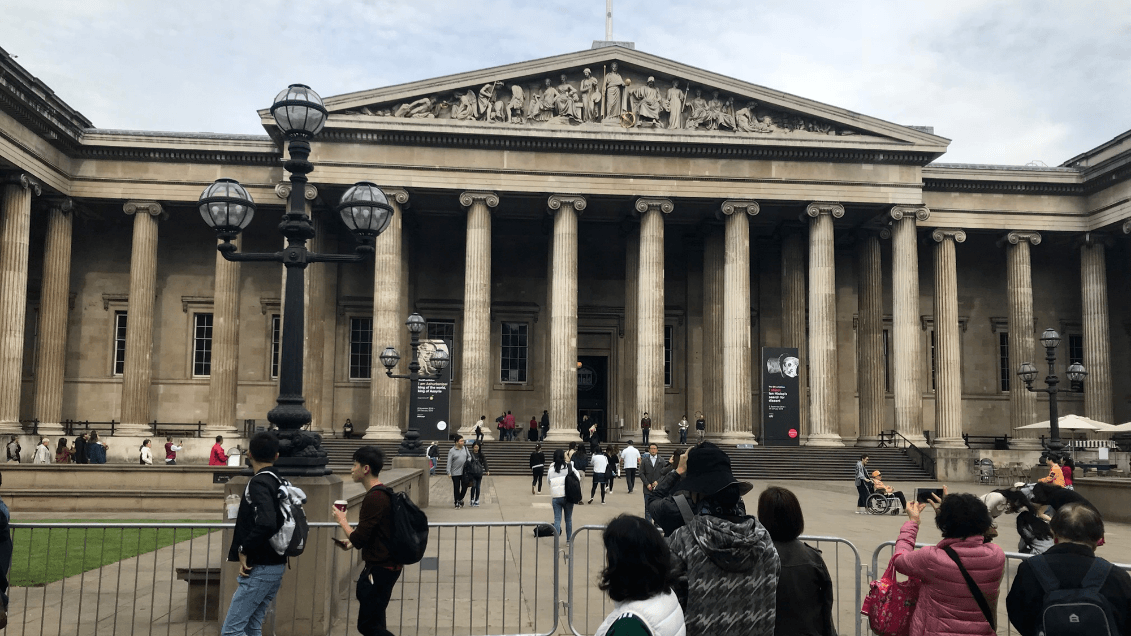 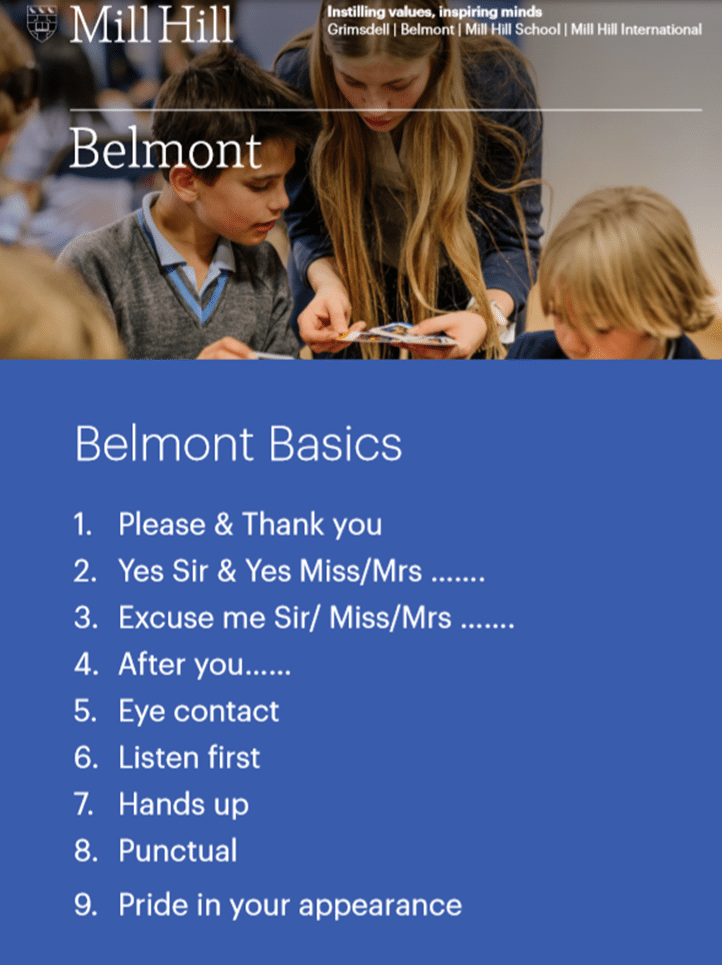 There was a good turn out and a lovely atmosphere last night at the Welcome to Lower School Evening. As with the Upper School Meeting, Mrs Jane Sanchez said a few words to allow parents to put a face to the name of the New Acting Head of Mill Hill School. Miss Harrison also gave parents a brief summary of the new Maths curriculum that we have introduced in Lower School at the start of this term. You will find a letter attached that outlines the new scheme and explains a little about ‘maths mastery’ and the CPA approach (Concrete – Pictorial –Abstract) to develop a deeper understanding of mathematical concepts.

The French Exchange celebrates its 40th anniversary in 2019. Over the years, a large number of Belmont pupils have welcomed their French partners to Belmont and then later travelled to Rouen, making lifelong friends and improving their French. Last year, over 40 pupils participated in the Exchange and we would like to celebrate the anniversary this year with a similar number. We have good numbers so far but there are still a few places available. There are huge social, cultural and academic benefits to the children’s immersion in another country and its language; it would be fantastic if we could make the 40th anniversary our most successful Exchange ever.

Congratulations to all of our cyclists for making the journey to Cambridge last Friday as part of the ABC Bursary Campaign. Some parents even had enough energy to cycle back to London in the dark! I would also like to congratulate a group of Foundation mums who decided to take on Ben Nevis last Friday to raise money for the charity, The Childhood Eye Cancer Trust, having been inspired by a speech given by a Mill Hill pupil. You can see further details in the Success Outside of School news story. Well done to everyone for their determination to put themselves through tough physical challenges to benefit others. 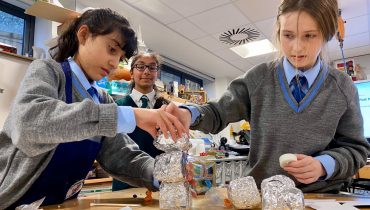 Looking to the Future but Learning From the Past 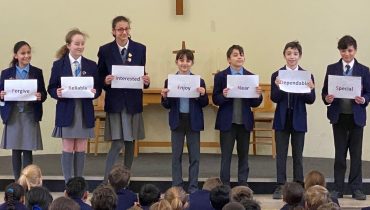 Friendship, Inside Out Day and Super League Success 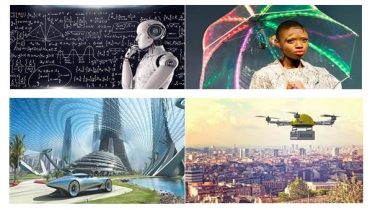