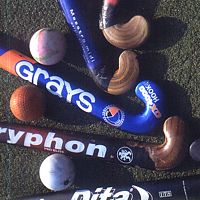 The Girls 1st Hockey team have had a fantastic start to the season – currently they are unbeaten and have only conceded four goals in seven matches. Notable highlights have included their 4-2 result against Chigwell and a decisive 7-0 victory vs Godolphin and Latymer. The girls have recently won the County Cup in convincing style, defeating Latymer 5-0 in the semi-final and Godolphin 6-0 in the final, which means that the team progresses to the national finals to compete against the best in the land. The whole team has performed well but outstanding performances have come from Jodie Moss, Katie Woodrow and Emma Kirk in defence. Up front Katie Ardrey must be commended for her continual goalscoring – 23 in total, including seven goals in one game vs St Edmunds College. Amalia Kyriacou scored a hat trick in the final of the County Cup.

The U15 girls also deserve huge credit this season. They have lost only one game under the captaincy of Izzy List, with outstanding performances from Katie Newton, Dominique Saffrin and Jess Perkins. Their 2-1 win against Haileybury on Saturday 17th was a great achievement against notoriously tough opposition.

Our other sports teams are not to be outdone by the girls’ success on the hockey field. Mill Hill’s golfers are making excellent progress in the Independent Schools Golf Association knockout tournament – our ‘B’ team beat Claire’s Court 2-1 which won them a place in the quarter finals, where they will meet Radley. Mill Hill ‘A’ are also enjoying a successful tournament, and are scheduled to play Hampton for a place in the semi finals.

Last but not least, congratulations to our 1st XV who are through to the Middlesex Cup Final. Robbie Martey scored 15 points towards their 40-33 victory over Richmond College, while Stefan Novakovic was named man of the match.