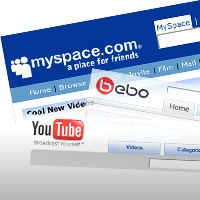 Four years ago Mill Hill initiated a partnership with Queen Mary University of London, through which the University provided top academics for our Lecture Series. Last year’s Queen Mary Lecturers were Professors Paul Heritage and Frances Balkwill, whose fascinating presentations focussed on the use of drama in conflict resolution, and the future directions of cancer research.

This year we are joined again by Professor Chris Reed who was our first Queen Mary Lecturer in 2005. Chris will be following up his hugely popular original lecture as he reviews the latest developments with regard to the internet and the law. He will discuss sites such as Bebo and the important issue of internet bullying.

As evidence of a successful and developing partnership, it was pleasing to see that Queen Mary University London is this year’s second most popular university destination (after Imperial College London) for Millhillians.