It truly is an Extraordinary Life - Mill Hill Schools

It truly is an Extraordinary Life 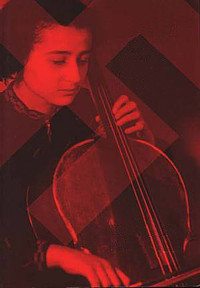 Silence engulfed the Jubilee Hall in Belmont as Anita Lasker Wallfisch took her seat. Everybody was anxious to hear what she had to say. After all, she is the last surviving member of the women’s orchestra who played for the Nazis in Auschwitz during the Holocaust. Born on 17 July 1925 in German town of Breslau, Mrs Lasker Wallfisch grew up with her parents and two sisters. Only seven years old when Hitler came to power, she became increasingly aware of the rise of anti-Semitism around her. She had her first personal encounter with anti-Semiticism when she was just 8 years old. According to the Nazis, she was told ‘Jews didn’t belong to the master race’ and so they were deliberately forced to stand out, having been made to wear the now infamous yellow star on their clothing. Pretty soon, it all started spiralling out of control.

Mrs Lasker Wallfisch went through events that most people would deem inconceivable. At 16, her parents were deported and never seen again. A year later she attempted to escape to Paris but was caught and sent to prison convicted as a counterfeiter. However, above all, she was separated from her sister. In early December, the sisters were separated and Anita was sent to Auschwitz. She was on her own. Mouths literally dropped as Mrs Lasker Wallfisch recalled the ‘incessant noise of dogs barking, people screaming and the nauseating smell’. Hearts broke as she recited the number 69388; the number tattooed onto her arm in Auschwitz. What made this extraordinary story even more amazing was the fact that it was our speaker’s ability as a cellist that saved her life.

The Holocaust itself is one of the most difficult and horrendous chapters of history. Even though Anita Lasker Wallfisch is a victim of this, she still offered an objective viewpoint on the matter. She was adamant to illustrate that the Holocaust was a ‘total, global, ideological genocide’, systematically planned and perfectly executed. This is what set the Holocaust apart from every other genocide in history. She was clear that it was imperative for society to build bridges and strive for mutual understanding and respect. Her ability to appreciate this fact is truly admirable. Her memoir, Inherit the Truth 1939-1945, is a book I think many people will buy after this lecture and I think I speak on behalf of everybody there when I say that this lecture was exceptionally moving and inspirational.