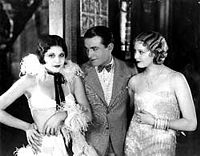 Sandy Wilson’s musical was written at a time when the United Kingdom was still recovering from the devastating effects of World War II and is set in the carefree world of the French Riviera in the Roaring 1920s, a similar period of peace and gradual recovery after the rigours of World War II.