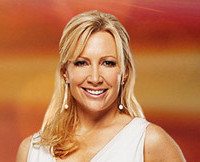 This year’s annual Farrow Music Competition – showcasing outstanding Mill Hill singers from across the School – took place in The Large on Wednesday evening in front of a capacity audience. The singers were delighted to receive individual reports from the BBC’s ‘Last Choir Standing’ judge, Lady Suzi Digby-Eatwell OBE, on their song choice, delivery and range, as well as positive feedback on how to make the most of their talent. The singers competed in 9 different categories, and three overall prizes were also awarded: the Helmore Vocal Prize (which was awarded for the first time this year), the Audience Vote Winner, and of course the Farrow Prize itself. The prizewinners were:

The start time had been brought forward to accommodate a packed programme which included special performances by our male a cappella ‘The Kwokafellas’ group, lead by maths teacher Peter Kwok, and our all-girl singing group ‘Cantiamo’, while the judging took place.

The Farrow Music Prize has been awarded annually for more than 30 years. It was donated by OM Charles Farrow (School House) in 1977 in memory of Mill Hill’s Director of Music Sidney Barlow who he credited with inspiring his musical education.