OM Selected for Ajax U18 Squad 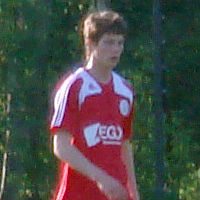 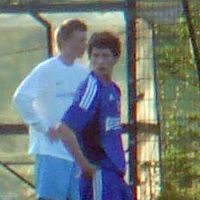 Jamie Lawrence (McClure 2008) has been selected to join legendary Dutch football club, Ajax, in their U18 squad for next season. The photos show Jamie in training – the blue (away strip) on Tuesday evening when his coach for the match was former Dutch International and Arsenal player Dennis Bergkamp, and the one in the red strip was taken in training the following day. On Monday, 27 April Jamie travels to Manchester as a member of the HFC Haarlem team to take on the Manchester United U16s. The match, at the Cliff Training Ground, kicks off at 6.00pm. Jamie, whose brother Tom is currently in the Upper Sixth, left Mill Hill to pursue his football career in Holland.