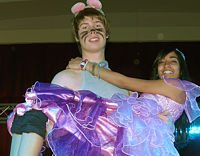 The House Drama Festival sprang back to life with a vengeance this term. Four weeks of intense rehearsal saw over 180 students of all ages creating ten plays on the theme of ‘Appearance and Reality’. Many of the shows were self-written and although not mandatory, this showed how much talent for writing, directing and acting that there is in the school. All kinds of drama were on show, ranging from Ridgeway’s magnificent pantomimic ‘Just Another Fairytale’ involving the vast majority of the house (written by Jun Yung Hwang and Joseph Spiro) to Priestley’s sharply satirical ‘The Credit Bunch’ involving a talented team of eleven actors (written by Aidan Kelly and Oliver Bobroff). 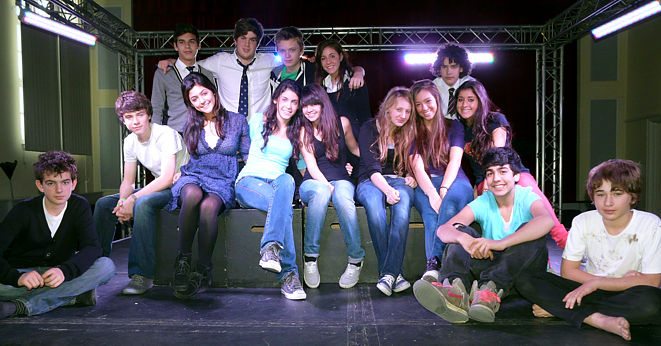 The ten plays were performed over three nights in mid-November, with the finalists, Ridgeway, Priestley and McClure, going through to the Grand Final. McClure House eventually won with an intense and slickly rehearsed half hour production of ‘DNA’, directed by Amy Green, Dan Rogers and Jake Davis. It was a worthy winner and all eleven actors, as well as cast and crew, are to be warmly congratulated.

However, it is the taking part that counts and all participants can be very proud of their efforts this year. So too can the audiences of over 400 each night, who cheered their teams on but also wholly respected the need for quiet attention during the actual shows. Our thanks go to Dr Armstrong and Mr Corbett for judging the Final and we look forward to the next contest in two years’ time.