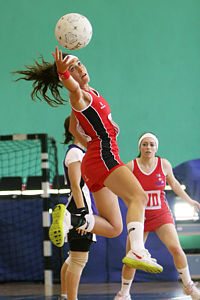 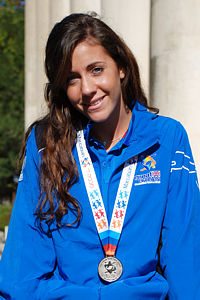 Amy Green has returned from the 2009 Maccabiah Games with a silver medal for Junior Netball (Under 18s). Selected for the 12-girl Maccabi Team GB squad after two rounds of trials – Amy suffered an early set-back when she tore ankle ligaments, and after intense physio she decided to opt for a surgical repair in February this year. The long recovery meant that Amy was unable to train until the end of May, six weeks prior to the actual Games.

The competition is a round-robin tournament, and Team GB began their assault on the title with a magnificent performance beating Israel 34-13, only suffering defeats against the mighty Aussies – the worthy champions – in both round robin matches and ultimately the final. Amy played in every match – and considering her unfortunate preparation for the games, showed a fine return to form. And the bonus was that, along with the rest of the squad, she was able to return home wearing a much-coveted silver medal – the best achievement ever in Junior British netball.