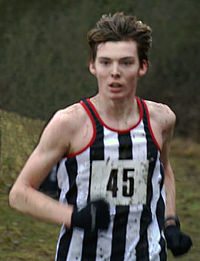 Congratulations to Jack Perry-Williams who will represent Mill Hill at the English Schools Cross Country Championships. Jack, L6 Ridgeway, qualified to run for Middlesex in the intercounties competitions in January followed by success at the Middlesex Schools Championships in February where he was placed 4th overall out of 42 Under 19 boys, in a time of 20.43. This won him his place at the Championships – the 50th anniversary boys event – which will be held in Manchester on March 20th. Running in the English Schools Championships has long been one of Jack’s goals, so we are delighted that has achieved this success through perseverance and training.

Jack is no stranger to success, winning the National Junior 2000m Steeple Chase last year, and also excelling for the Shaftesbury Barnet Harriers in the Southern Championships at Parliament Hill in January this year. Jack also logged the second fastest time ever in the Ten Mile Cup with his 5 minutes 01.81 seconds run last year, giving Ridgeway the team victory.