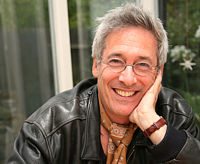 Charles Jankel (Scrutton 1970) has been nominated for a BAFTA for Best Film Music Soundtrack ‘Sex & Drugs & Rock & Roll’. Known professionally as Chaz, Jankel was the keyboard player and guitarist with Ian Dury and the Blockheads, and he and Dury co-wrote the band’s best-known songs during its commercial peak in the late 1970s. Jankel was responsible for much of the funk influences in the Blockheads music, and went on to pursue a successful solo career with several No.1s in the club charts. He returned to working with Ian Dury for his final two albums. Chaz Jankel has composer credits for many films, including D.O.A. and K2.