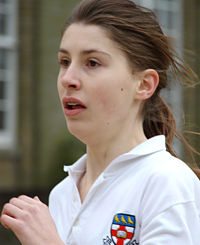 A dream result for this auspicious day would be to have mild sunny weather, no wind, teams with a desire to win, spectators keen to support their houses and the chance of breaking records. On Wednesday 17th March 2010 the dream turned into reality.

The event began with a one minutes silence followed by an extended applause to honour the life of Ms Susan Owen (Mill Hill Teacher of English for 18 years) who had tragically died the day before. 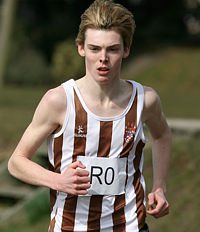 The official starters of the races are traditionally teachers who are leaving or retiring from the school after long service. This year the boy’s race was started by Miss Skoudy by the dropping of a silk handkerchief. The girl’s race was initiated by Mr Allain who made a loud musical note.

There was considerable anticipation throughout the event which was focussed upon Jack Perry-Williams (Ridgeway). Jack had narrowly missed the school record by one second in 2009 and there was not only a chance of him creating a new record but of being the first pupil in the history of the event to break the 5 minute barrier. Jack chose to run the final glory leg. Naomi Kendal (Weymouth) had also proved herself in training and was tipped to break the girl’s record.

The 5 Mile Cup was won by McClure House in a time of 40 minutes and 56 seconds.

The Mortimer Trophy was won by Jack Perry-Williams in a time of 4 minutes and 55.6 seconds and new record by 5 seconds and the first to break the barrier.

The Jeff Mark Cup for the fastest girl was won by Naomi Kendal in a time of 6 minutes and 27 seconds, the first girl to break the 6:30 barrier.

It was indeed a very special and memorable day which will be remembered by Millhillians for years to come.