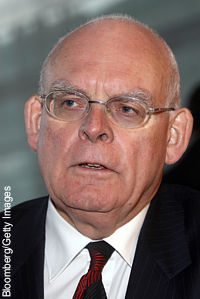 Old Millhillian Sir Michael Bishop (School House 1955 – 1957) will be created a life peer and sit as a Conservative in the House of Lords, it was announced on 19th November. Sir Michael’s full title will be decided at a later date.

Sir Michael spent his working life in civil aviation. Born in Bowdon, Cheshire, he became interested in flying at a very early age, after being taken on a pleasure flight as a child. His aviation career started in 1963 at Mercury Airlines, which was taken over by British Midland in 1964. He became Managing Director in 1972 and led a management buyout in 1978. Sir Michael owned the controlling stake in British Midland until selling to Lufthansa a year ago, making the German airline second only to British Airways at Heathrow.

Chairman of Channel 4 Television between 1993 and 1997, Sir Michael has also been a generous sponsor and ultimately chairman of the board of trustees of D’Oyly Carte Opera. He recently ruled himself out of taking on the role of chairman of ITV.

Sir Michael Bishop was awarded the CBE in 1986, and was knighted in 1991. His charitable trust, the Michael Bishop Foundation, supports the Australian Flying Doctors service amongst many other charitable bodies including health, education and the arts.