F1 – The Coming Together of Science and Sport - Mill Hill Schools

F1 – The Coming Together of Science and Sport

One of the more mouth-watering fixtures on the Lecture calendar this year was Peter Prodromou’s lecture on ‘F1 – the coming together of Science and Sport’, and Red Bull Racing’s Chief Aerodynamicist and first-time lecturer truly rose to the occasion.

Drawing in an impressive crowd, Peter had gone to great lengths to create a fantastic media accompaniment to his lecture and he treated the audience to some spectacular racing clips that ‘drove’ his points home, as well as giving them a virtual tour of the Red Bull factory in Milton Keynes.

Most importantly of all though was the content of the lecture, and Peter managed to cater to the tastes of both seasoned F1 fans as well as budding engineers, which of course explained the large crowd, and the insight he gave into the exciting, glamorous world of F1 no doubt reinforced the desires of those sitting there, myself included, to one day work in the industry. A true role model, Peter reinforced the importance of not just university degrees but A-levels too, and he encouragingly promoted access routes into the industry by advertising Red Bull’s annual placements for students. 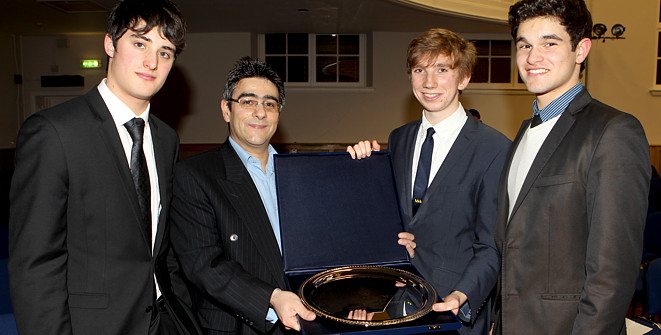 As Britain continues to be a centre of excellence for F1, with 8 of the 12 teams who raced last year based in the UK, Peter Prodromou’s inspiring words will no doubt have encouraged many of the pupils in the audience to follow his example and pursue a career in engineering.