Mill Hill’s production of Oklahoma! was a huge success, selling out every night of its run. The show that put Rodgers and Hammerstein on the theatrical map in the 1940s, it is set in the early 1800s and follows the fortunes of men and women setting up the new state of Oklahoma and takes a light-hearted look at the conflict between cowboys and farmers. The show was directed by Mill Hill’s Head of Drama David Proudlock, and the wealth of wonderful songs and dances were expertly presented by the cast and musicians. The two couples going through the torments of ‘getting hitched’ were played by George Richardson, Natalie Kosky, Olivia Bernstone and Ricki Horwitz-Crook. Congratulations to everyone on a fantastic show! 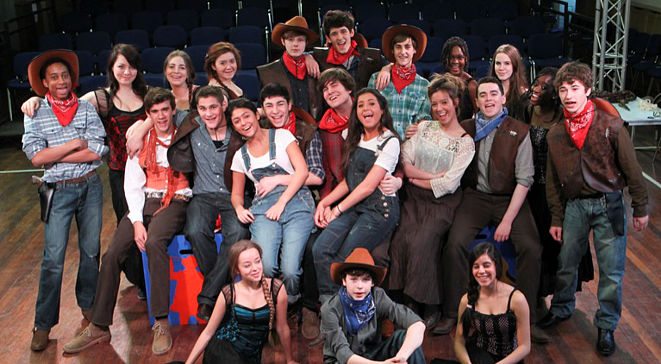