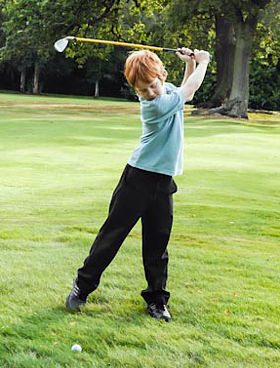 Last Tuesday saw the annual Belmont Putter take place at Arkley Golf Club. In lovely early autumn conditions the five teams turned on the style, providing some scintillating play from tee to green – as the competition’s reputation for golf of the highest standard was once again maintained.

The 2012 edition of the Belmont Putter provided a thrilling conclusion, as the trophy was shared between two teams. Team 1 consisting of Matt Smith, Hughie Smith, Matt Andrews and Kaushik ‘The Daddy’ Banerjee earned the clubhouse lead only for the penultimate group consisting of Dermot and Keshav Boyd as well as Konstantine and Tom Chrisostomou ensuring the cup was to be shared for this year.

The longest drive – Senior was Tom, Junior was Alex Wong, closest to the pin (9) was Matt Smith.

Thank you to all the participants and to Kaz Donald for her tireless work in the past organising this event. We look forward to seeing you all again on the fairways of Arkley in 2013.