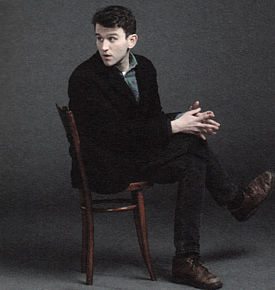 On Friday night I had the great pleasure to watch Old Millhillian Harry Melling acting alongside the wonderful Simon Russell Beale in a revival of Harold Pinter’s dark comedy, The Hothouse. The farce-like production is set in a state-run sanatorium and investigates the issues of government control and state-approved torture. The play has had excellent reviews, with Henry Hitchens, writing in the Evening Standard, particularly praising Harry’s performance, saying, ‘Harry Melling is excellent’ and calling his performance ‘one of the production’s great pleasures’. The production runs until 3rd August.

Jack who is studying Classics at Cambridge was recently awarded the Ridley Prize for undergraduates for knowledge of and devotion to music or Greek literature. Jack has also been awarded his half Blue for winning the Varsity at Eton Fives. 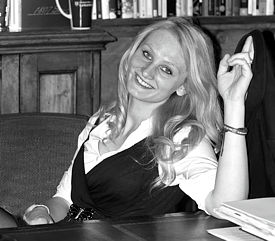 Jo has recently won a silver for her Tango bottle design at the Starpack student awards. Starpack are working on behalf of Britvic to design a new Tango bottle for next year.

To view her design and for more details please visit their website.

Matthew graduated from St Bartholomew’s Hospital and the London/QMC with a triple first and the Principals Award for the highest academic achievement of his year; circa 400 students. He obtained an academic F1 position at London North Deanery (one of only 2 academic posts allocated in the year and the only one to a London deanery). He has just started his third F1 station, being anaesthetics at Barnet Hospital. He will then spend the following three stations at the Royal Free.