On Friday 14th March, Mill Hill’s Lower Sixth Politics students embarked on a memorable trip to the Houses of Parliament, the nerve-centre of British politics. After a great many photographs were taken, we admired (the rather chilly) Westminster Hall and it was here that we met our effervescent yet deeply knowledgeable tour guide and began to progress through the hallowed halls of Parliament, lined with statues and busts of past Prime Ministers, notably a rather imposing Margaret Thatcher! We then explored the division lobbies that flank the House of Commons, after which we entered the chamber itself, arguably the most hotly anticipated aspect of the trip. Indeed, many felt that witnessing the intimacy of the chamber first hand, something not captured by, for example, video footage of Prime Minister’s Question Time, was perhaps the greatest surprise of the visit.

Passing back via the resplendent Central Lobby, we visited the Wellington Committee Room, one of a number of Committee rooms named in honour of a former Prime Minister. It was here that we assumed the role of a Select Committee, scrutinising the rather tender topic of tuition fees. However, a more substantial challenge was yet to come: coupled with another school, we debated – in the Grand Committee Room – the motion that ‘Select Committees are effective at scrutinising government.’ There were formidable contributions from a number of Millhillians and to round-off the debate a vote was held, in which the campaign arguing ‘for’ the motion claimed victory, with fifteen votes to ten. Overall, our visit to Parliament was highly informative but also a highly enjoyable experience and our thanks must go to Dr Blaiklock for organising the trip and to Mr Murphy who accompanied us. 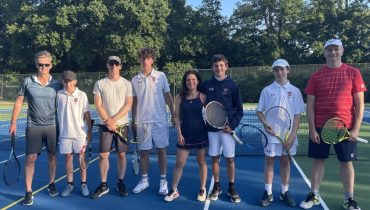