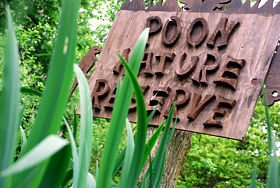 The start of the Autumn Term at Belmont this year is preceded by Pre-season Rugby, netball and hockey training sessions for years 4‑8 on 2nd and 3rd September. Pupils who are signed up for this should be at school ready for the session at 10.00 and be collected at 3.00.

On Tuesday 3rd September New Prefect Induction will take place at 10.30, New Pupil Induction takes place at 11.00 and the Friends of Belmont Drinks Reception will be held at 12.00.

Term then starts on Wednesday 4th September and, of course, there will be many families celebrating Rosh Hashanah on 5th and 6th September.

Clubs and Activities start up on Monday 16th September and all children will have the procedure for signing up explained to them during morning assembly.

Other highlights this half-term are the Belmont Putter on 19th September, Year 7 Overnight Leadership Camp on Friday 20th September, Grandparents day on Thursday 26th September, Macmillan Coffee Morning on 27th September, an Informal Concert on 16th October and the Portugal Rugby Tour which runs from 18th to 22nd September.

A busy term for all and the final important date is a talk by Dr Luckett to Belmont Upper School parents in The Large, Mill Hill on Wednesday 11th September at 7.00pm Full details will be sent out in the new term.