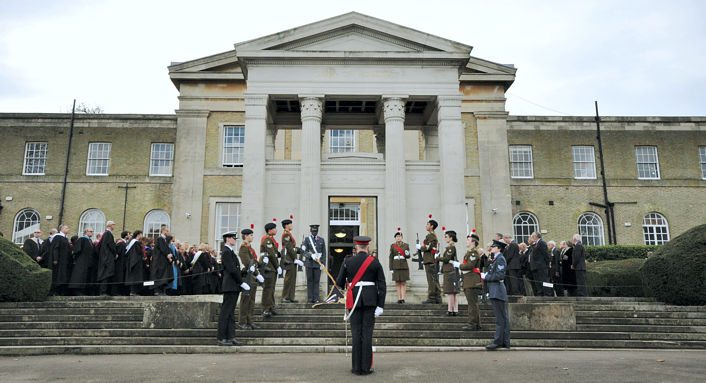 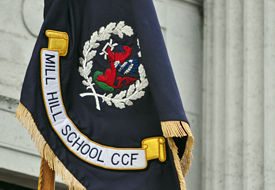 On Tuesday 11th November the School community came together for the traditional Remembrance Day commemorations. Wreaths were laid on behalf of the School community by the Chairman of the Governors; the Headmaster; the President of the Old Millhillians’ Club; and representatives of the CCF. After a two minute silence, during which traffic came to a respectful halt on the Ridgeway, the whole School processed in pairs through the Gate of Honour, a tradition which has been honoured for over 90 years. This was followed by a moving service in the Chapel led by Reverend Dr Warden, attended by the Sixth Form and guests, including Governors and Old Millhillians, the most senior of whom was Roy (WR) Mills (Ridgeway 1940).

Head of History, Mark Dickinson, used School archive and other material collected over many years of taking School groups to the Western Front, to engage Lower School pupils with the significance of Remembrance, the reality of War and the Celebration of Peace. Most strikingly, Fourth Form pupils were presented with a screening of black and white footage dating back to the opening of the Gate of Honour in 1920, at which Mill Hill pupils filed through the Gate in pairs, just as they had done minutes before.