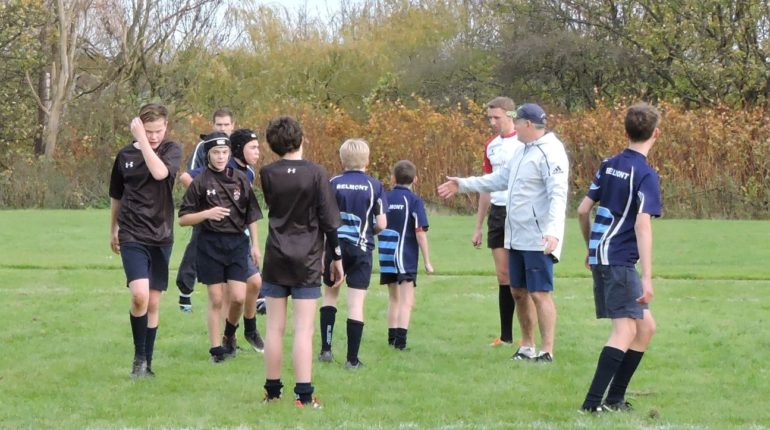 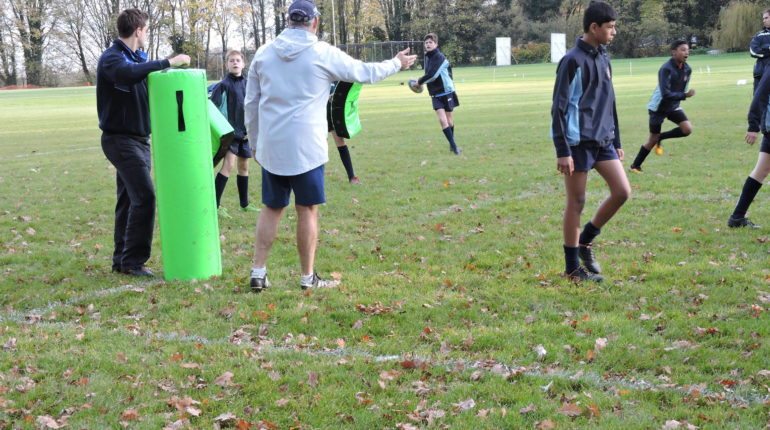 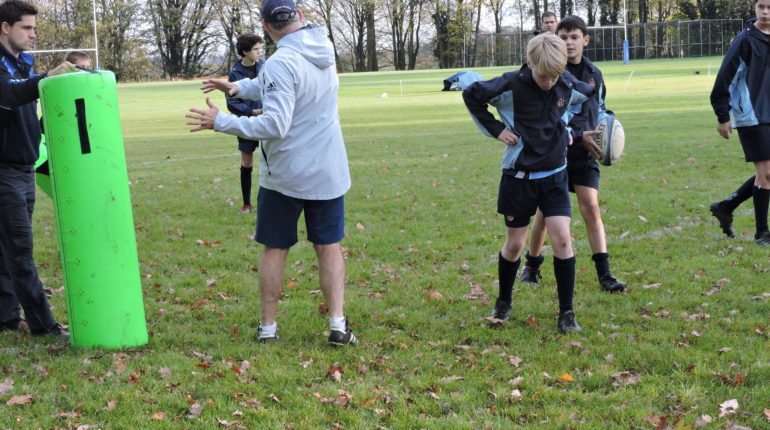 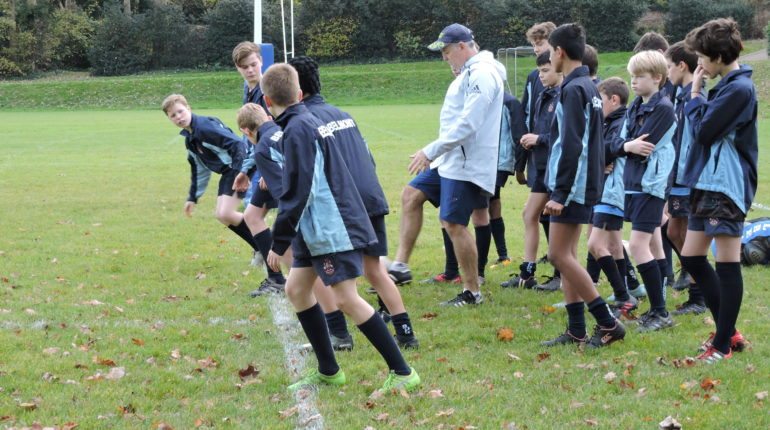 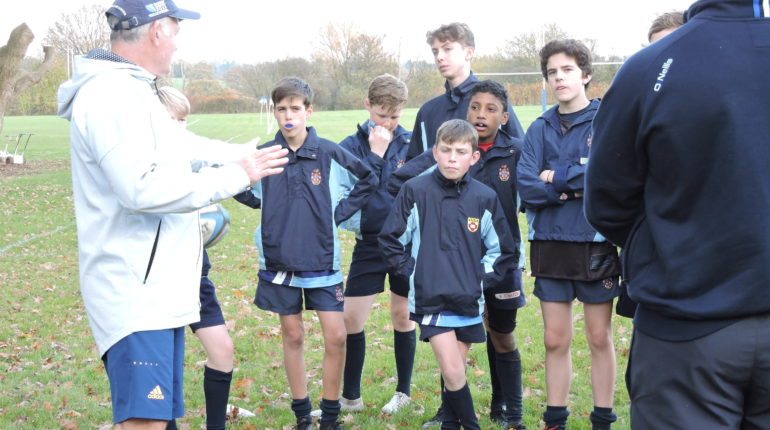 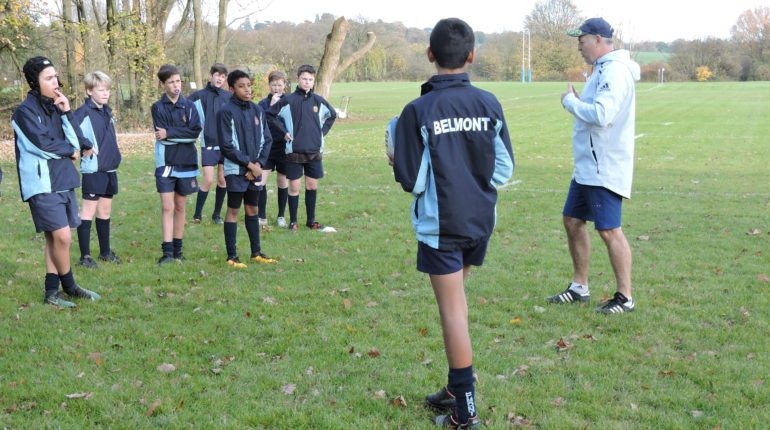 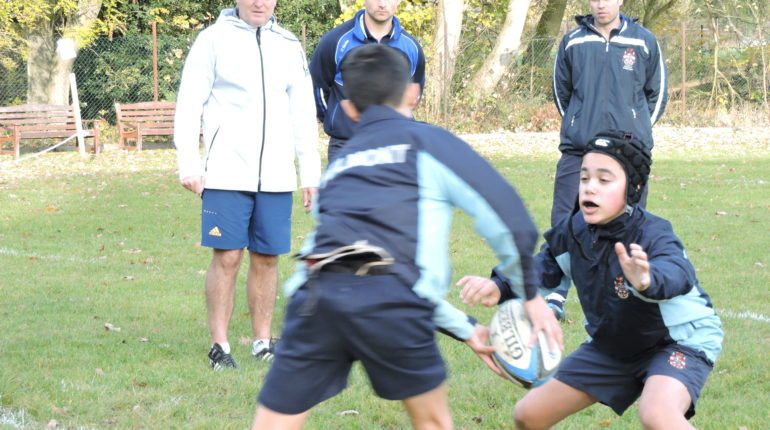 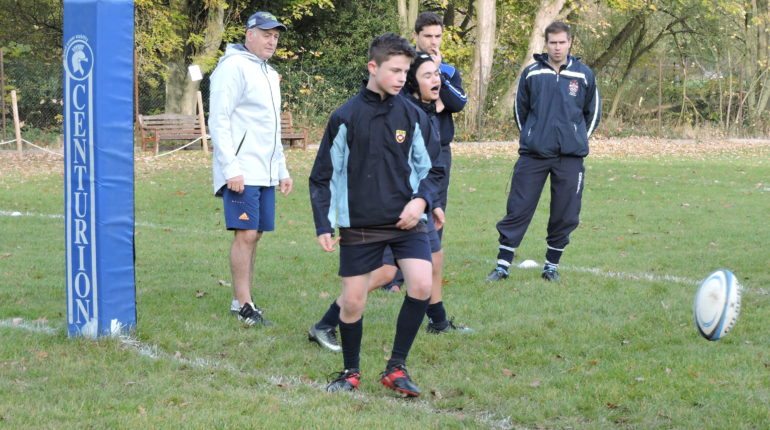 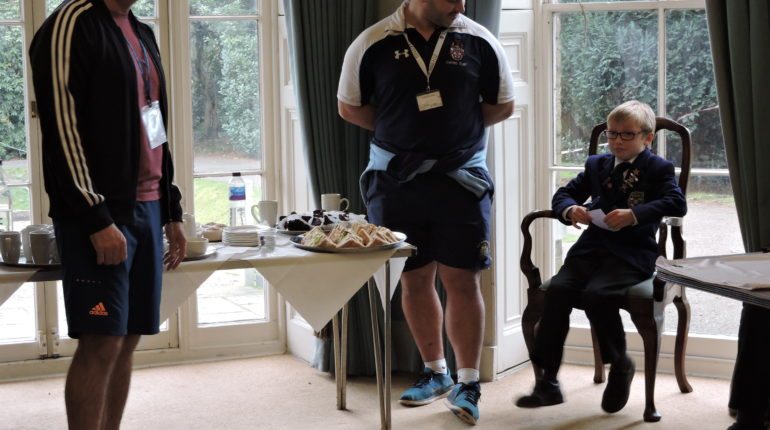 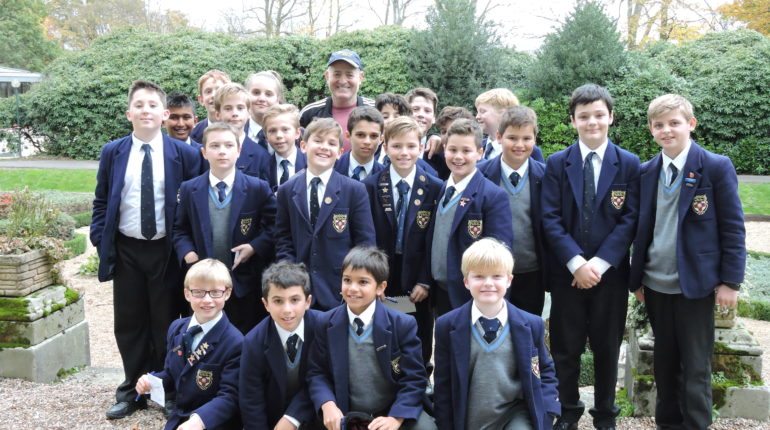 Today Belmont had the pleasure of welcoming David Campese, a former Australian Rugby Union player. Campese held the world record for the most tries in test matches (64) until 2006. Pupils and staff were thrilled and honoured to have the opportunity to meet such a sporting success.

David was given a tour of Belmont’s beautiful grounds as well as the Michael Proctor and Roger Chapman Buildings which house our state of the art Science labs and a Design and Technology Studio.

He then held a coaching session with our U13 squad, going through various drills and circuits. After the coaching had finished it was time to put what they had been taught into practice by playing a match.

Pupils were then given the opportunity to take part in a Q&A with David, many questions were about his career highlights, when he first started playing rugby, his worst injury and how he prepared himself mentally for games. Below are a couple of responses;

What stadium that you have played in had the best atmosphere: Old Twickenham, Murrayfield Stadium, but being an Australian it has to be the Sydney Cricket Grounds.

What is the highlight of your career: Playing for Australia, my background is Rugby League so coming from the other side of the fence to play for my country was a big moment.

Did you have a specific tactic for when you played: Yes run fast!

“The intensity and commitment from our boys this afternoon was outstanding. To be coached by a true legend of our game is a privilege and honour and one that the boys I am sure will carry with them and draw upon for the rest of their rugby lives. The concentration and focus throughout the session was excellent and I hope it will encourage our boys to aim towards the heights that Mr David Campese reached during his illustrious career.” Mr Nick Bird- Head of Boys’ Games