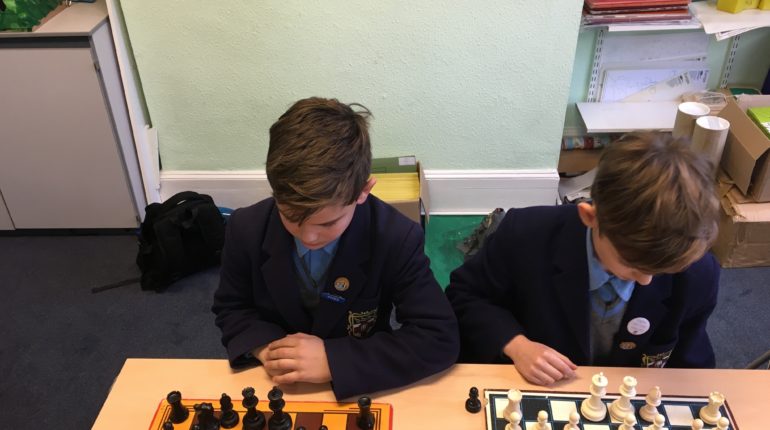 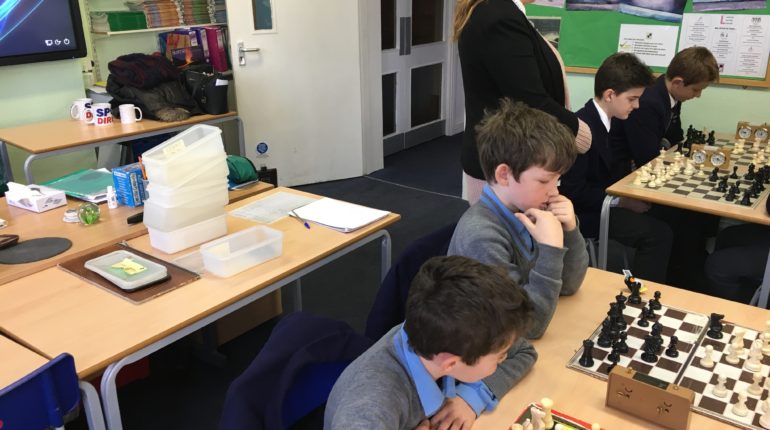 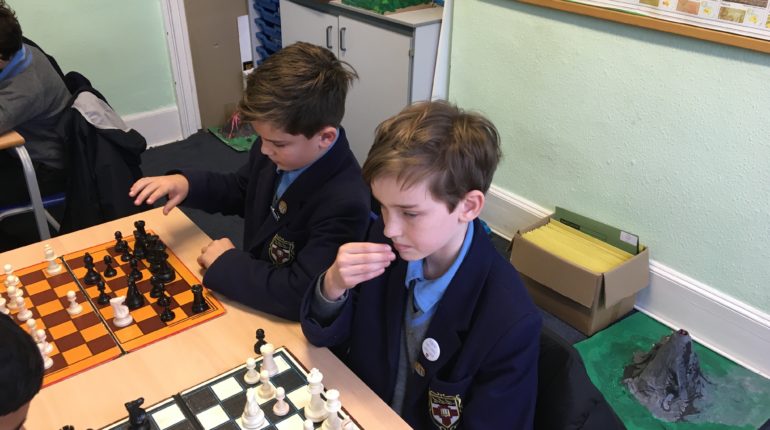 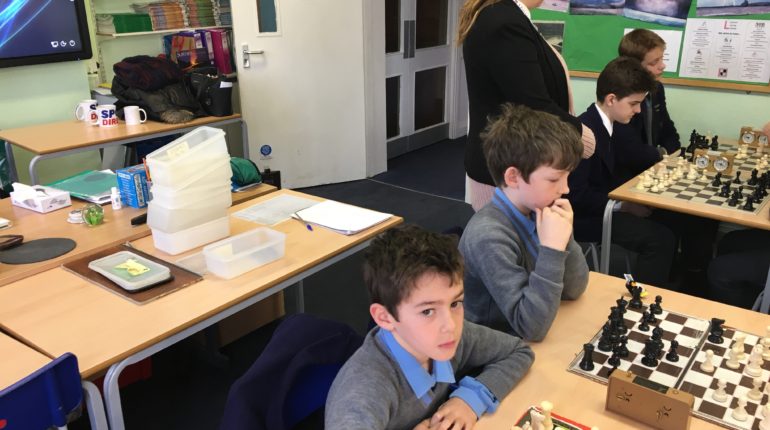 On Wednesday Mr Tongue and Miss Greaves took eight students over to Lochinver House School in Potters Bar for a Chess Fixture. Each student played two matches against Lochinver students ranked by ability. In a thrilling contest we came out 9-7 winners which meant every victory was crucial. Each boy who attended contributed to the winning points tally but a particular mention should go to Jake (5SP) who won both his matches and Fin (5SB) who gained 1 ½ points only missing out on two points due to an unlucky stalemate.