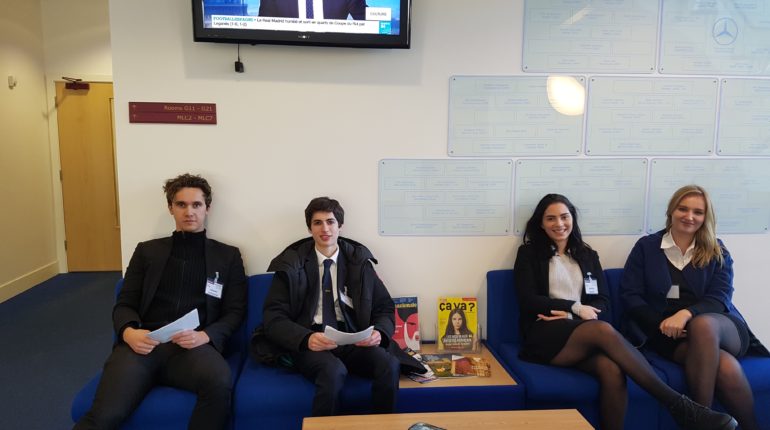 On Thursday 25 January, four of our A-level students took part in the North and Central London Inter-School Spanish Competition at Haileybury College, in which 11 top independent schools participated.

After an intensive week of preparation for hot topics such as: ‘The independence of Catalonia will never be successful’, ‘Religion has caused more problems than benefits in the course of history’ and ‘Immigration laws are too relaxed nowadays’. We were delighted to be ranked 5th in this competitive event.