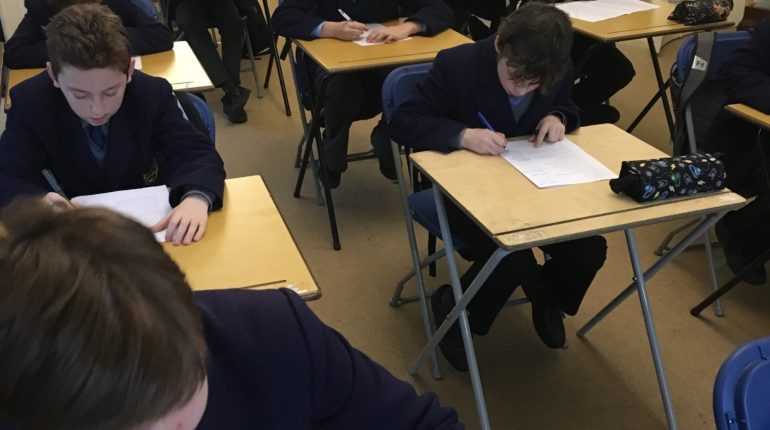 Today Belmont pupils have taken part in the Townsend- Warner Competition.  This is a nationwide competition which sets to challenge the historical knowledge of prep school pupils in Year 7 and 8.

The competition was set up 131 years ago by a House Master at Harrow School.  The competition has over 2000 entries and this year Belmont entered a team of 20. Pupils have been studying hard over the Christmas holidays and this week to prepare.

The paper was extremely challenging but pupils showed resilience and did themselves proud.  We will find out our results in February and discover whether any of our pupils have made it through to Round 2, which will take place Monday 19th of February.

A huge well done to all those pupils who took part. Mrs Smith

Here are some of the questions that the pupils faced: