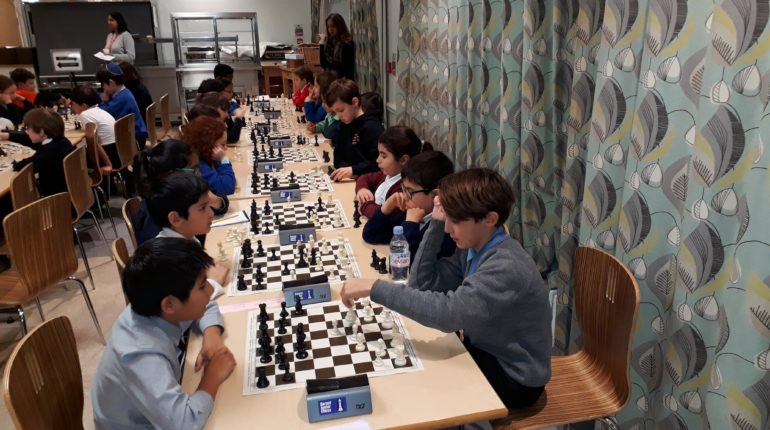 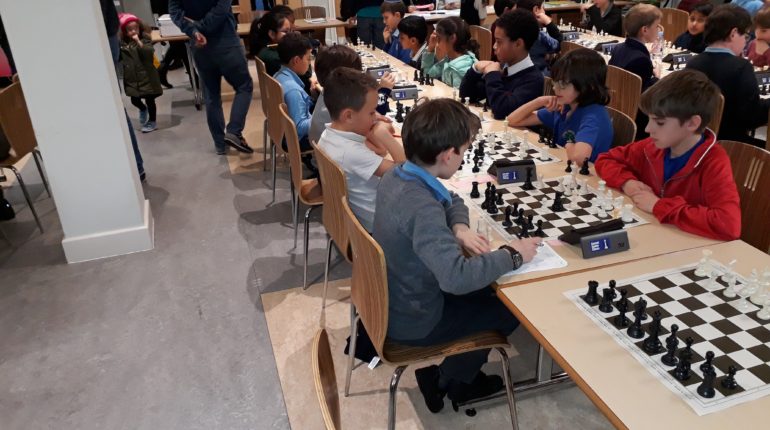 This Wednesday, 25th January, a team of eight pupils went to NLCS for the second evening in the Barnet Junior Chess League. Each evening the team completes two rounds and the league is decided after the final, sixth round. Aden 5SP, Luca 5MS, Tommy 5SP, Avnish 5SP, Louis 5MS, Fin 5SB, Louis 4HK and Francesco 5MS had great success in the first round of the evening, scoring 7/8 but tired in the second, only scoring 3/8.

However, all players managed at least one victory and showed great resilience, especially Avnish who tried to force a stalemate when his king was isolated against the opponent’s king and queen. Combined with the 11.5/16 from the first two rounds, Belmont is currently in 6th position in Division 2, which is great progress from last year.