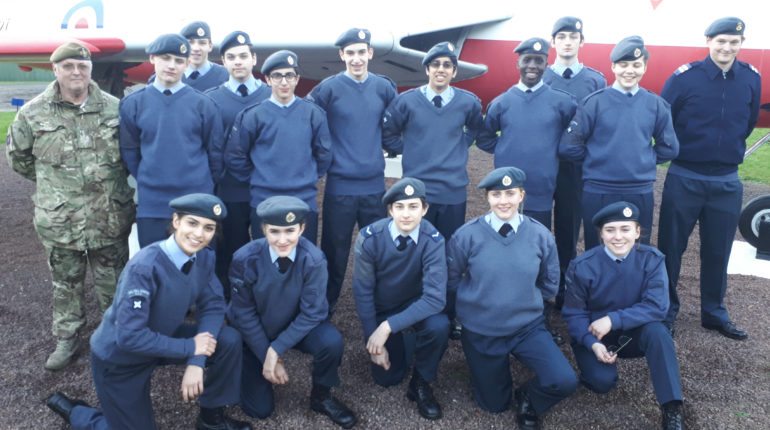 On Sunday, a great group of RAF cadets took part in the Royal Area Air Squadron Trophy Competition at RAF Halton, where they threw themselves into a series of challenging activities.

The team was largely made up of Year 10 cadets and with only one term of RAF training, compared to all other schools whose RAF cadets join at the start of Year 9, they performed admirably. They were ably led by Anthony Linneen, who proved himself to be a very capable and popular leader.

They thoroughly enjoyed the day and their positive attitude and willingness to learn earned them many compliments from the training team and members of staff from other schools, thereby creating a very positive impression of Mill Hill School. All members of the team have been awarded a commendation by Andrew and Anthony has been awarded a Head’s Commendation. Team members are as follows;

The team are determined to return to the competition next year and with this extra year of experience I have no doubt they will do very well. Andrew, Fritz and I are extremely proud of all they achieved.