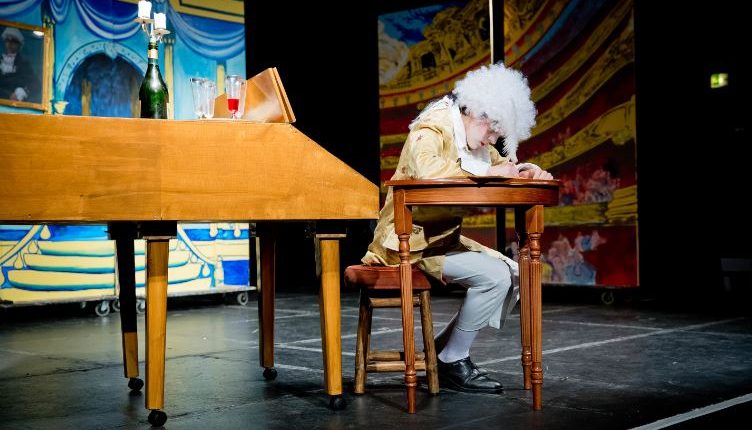 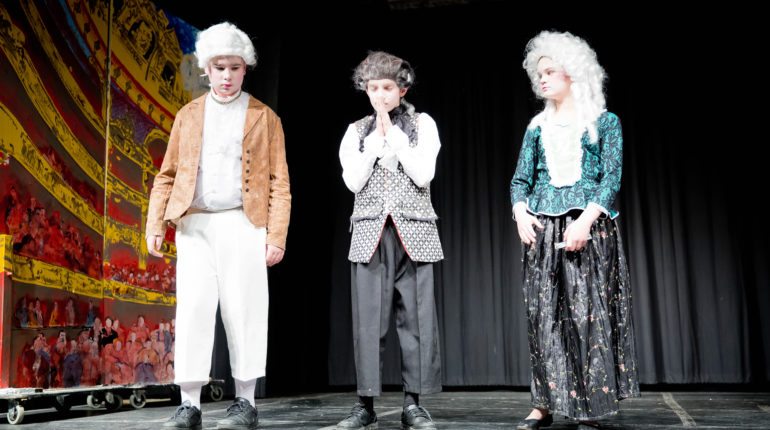 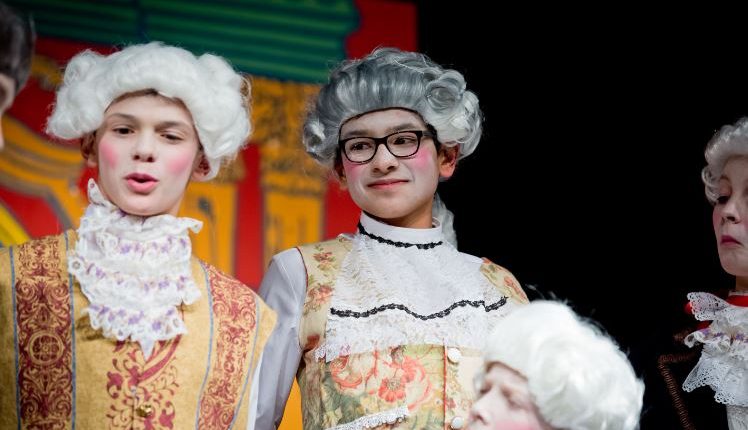 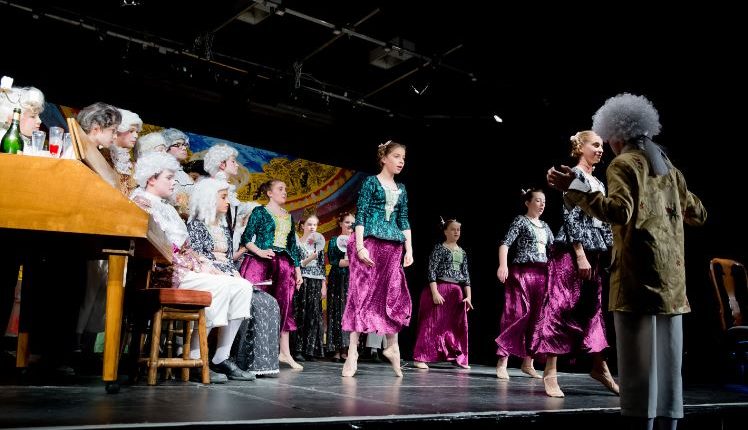 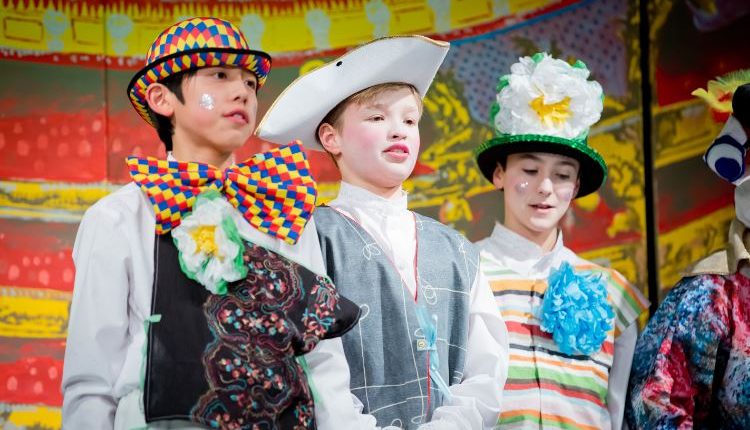 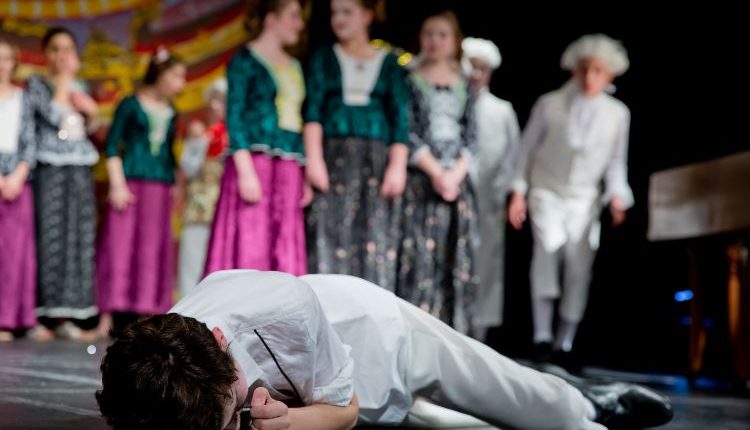 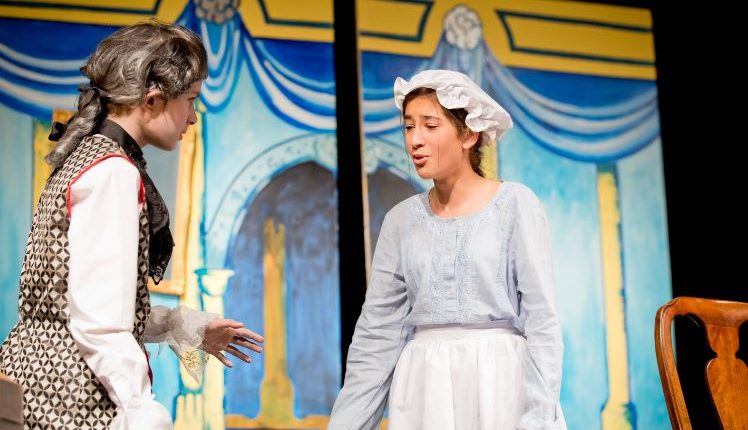 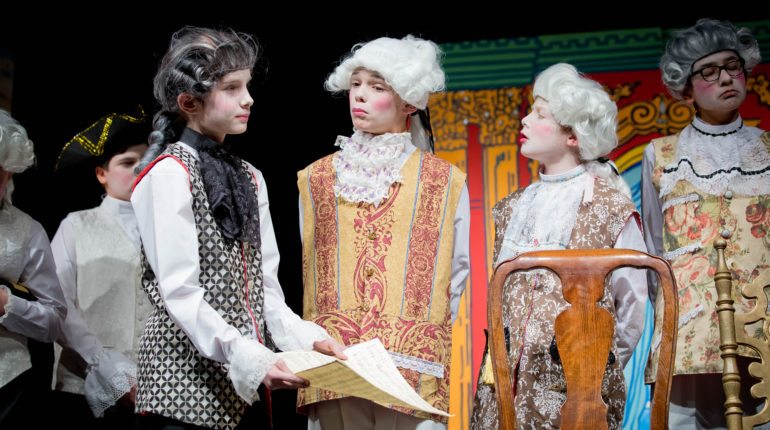 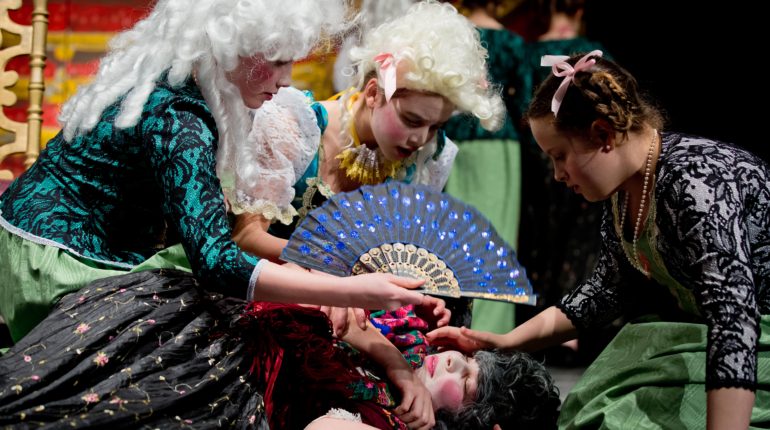 The Year 8 performance this year reached new heights and was heralded the most ambitious and successful to date. Telling the engaging story of arguably the greatest composer the world has known, the cast became completely absorbed in the music and life of Wolfgang Amadeus Mozart.

After a haunting flute solo, the audience were transported back to Vienna in the second half of the 18th century. Vienna was the capital of the Austrian Empire which had emerged as the European central for music: composers and performers came from all over Europe to be a part of this exciting time. And 150 miles away in the town of Salzburg, a young composer was about to change the world with his music. He was rude, conceited and insensitive but his music was quite perfect. Our play told the story of Mozart’s plight and the jealously of those around him whose musical abilities extended only as far as being able to recognise his genius.

The maturity of the acting, the dancing, the singing and the musicality of the cast all contributed to make our 3 wonderful performances enthralling, exciting and extraordinary. The period costumes, made by Bobbie Smith, ensured the play was a dazzling spectacle to behold with all the colour and vibrancy of the time. Special mentions to Gillies MacDonald, Nastassja Nikitina-Forte, Joseph Jones and Isabella Miles for their brilliant portrayals and commitment to rehearsals. We have some superstars in the making at Belmont and we are so proud of all our young actors.