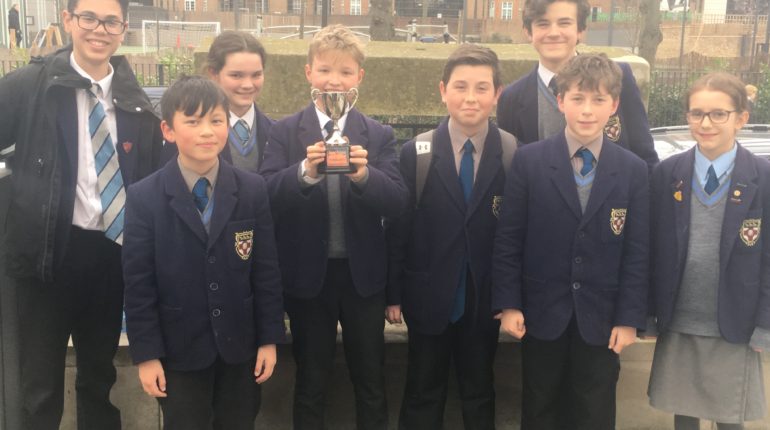 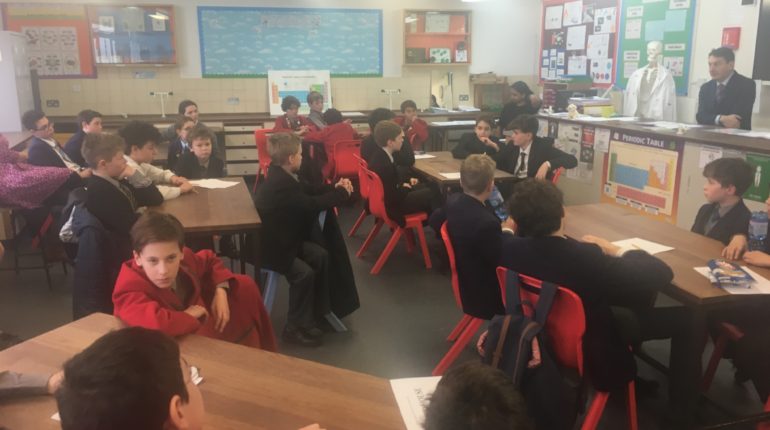 On Tuesday eight Belmont pupils took part in the annual Inter-School History Competition against Keble School and Arnold House. Each school had two teams of four made up of a mixture of Year 6, 7 and 8.  Each round had a different theme, and hence pupils answered questions on women in history, famous battles and countries of the EU.  William Goldsmith brilliantly intercepted his team’s ‘slow reveal’ question correctly answering ‘Paris’ after hearing the clue ‘This city was known as Lutetia to the Romans’ to edge his team in front and both teams excelled by getting full marks when asked to unscramble anagrams of historic world leaders. When the final scores were announced we were delighted to find that our teams had come in first and second place!

Well done to all the pupils that competed, and thank you to Mr Williams who accompanied us.