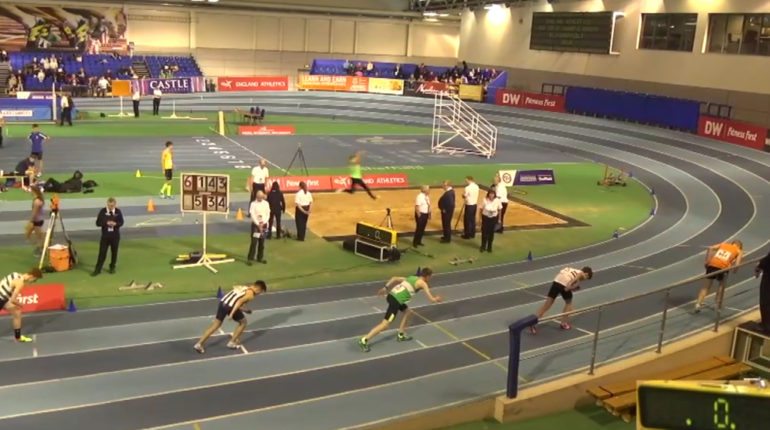 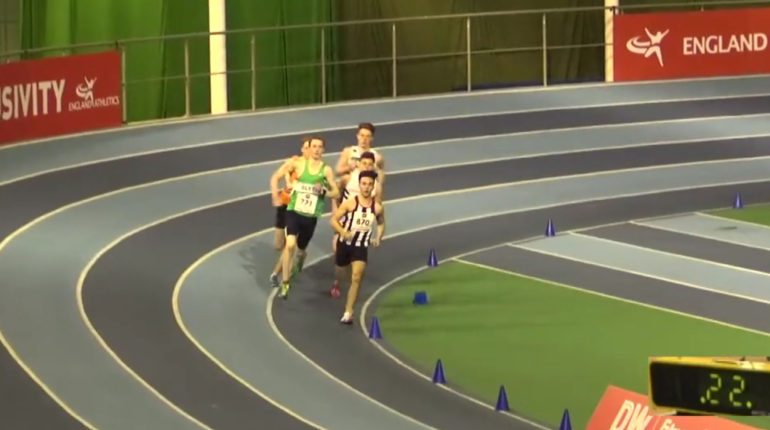 This week Fifth Form pupil Mittio impressed coaches and onlookers by qualifying for the finals at the National Indoor Championships in Sheffield last weekend. He raced in the under 17 male 800M event and finished 5th in the final, making him one the top five fastest runners his age at that distance in the United Kingdom!

Mittio reflected on the event:

“For the past few months my training had been primarily for shorter distance races to increase my speed and acceleration. I had done minimal endurance work meaning I was at a slight disadvantage going into the race and not in the best condition possible to run more than 400M. That being said, I decided to do the 800M instead of the 400M to gain experience in the event and as a way of kick-starting the development of my endurance.

The heats were tactical, I purposely ran fast to get a time that would allow me to qualify for the finals. Qualification complete, my preparation for the finals was hampered slightly by the fact I managed to pick up a back injury in the heats. This affected my warm up for the final and made it psychologically harder. I still managed to come 5th and ran my second fastest time ever. This has set me up well for the Middlesex County Championships later in March.”

Congratulations on this fantastic achievement Mittio. A testament to your commitment to training and to the sports scholar programme here at Mill Hill. Good luck in for the County Championships in March.