My time at Mill Hill by Clare Lewis 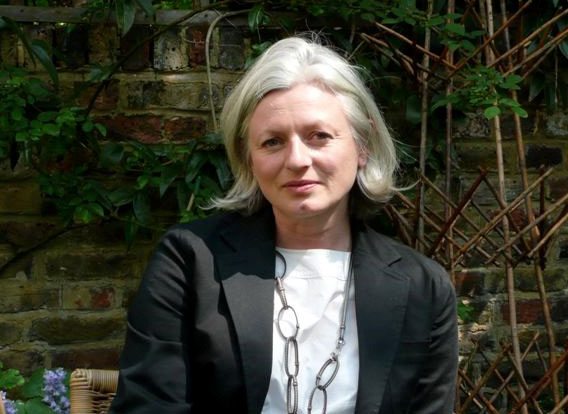 In 1977 I was among the first intake of girl boarders at Mill Hill School in Ridgeway House. I immediately felt at home with the friendly Hodgson family at the helm keeping a (very) watchful eye on us. There were five of us safely tucked away under the rafters at the far end of the house strategically placed up a separate staircase as far as possible away from the boys.  It was my father’s (Esyr ap Lewis) idea that I should come to Mill Hill, his alma mater. He was a keen old boy with fond memories of his time here albeit based up at St Bees and as a family we had been dragged to many an Old Millhillians Day. In truth I was a bit nervous about boarding and had spent the summer wondering why I had taken such a rash decision to abandon my central London day school, where I had been perfectly content. By happenstance Ridgeway was my father’s house too and being a scholar and head of house, his name was emblazoned in gold letters on valedictory noticeboards that presided over the pool table, providing reassurance and an immense sense of pride. It was a good start.

As I recall life was great with the sun streaming through the windows as we got dressed each morning dancing along to Lovely Day the uplifting Bill Withers song that was a hit at the time. When I hear it playing on the radio now I am immediately transported back to those happy times sharing a room with Corinne and Tanya before heading off to a full English in the refectory. Marmalade slathered on fried bread was the thing at the time.  Then it was across the quad to lessons.

I was studying Geography with Mr Prosser Harris delivering lessons in his wonderful welsh mellifluous tones which being welsh myself I immediately identified with, along with the rugby talk. I sat next to Simon Rabett (Rabbit as we called him) who was nice and friendly and not too scary (for a boy).  History was with Mr ? ugh I can’t remember his name (if someone can help me fill in the gaps get in touch with marketing@millhill.org.uk) in one of the new classrooms where the day-boys hung out. He had a crooked nose from his days as a hockey player and being rather foolhardy a couple of us girls would bravely hit the pitch amongst a sea of boys under his guidance for those all-important house matches. English was taught by Mr Winter who was quite serious and tried, not entirely in vain, to inspire us all about Pope and Shakespeare. Our other English master was Mr ?, who was younger and I think found us bit of a handful. I was rather surprised to be in the top set and thought it was only to keep me from being distracted by the rather more rowdy boys in the second set, either way it boosted my self-esteem and I appreciated that.

Life was always busy at Mill Hill, so much more engaging than my previous all-girls school and lessons were only a small part of the life. There was plenty of opportunity to explore other interests and learn new skills, mainly sport in my case. Lovely Mr Turnbull taught me golf and made rather delicious shortbread that I got to sample at tea with his family one afternoon. I took up badminton and played mixed doubles; I nearly beat the county champion at singles but she won the toss and knew which end to take (the one where the lights didn’t shine in your eyes) and got the better of me. I am not bitter really it just felt great to actually be a contender in a county match for which I thank the teachers. I also learned how to play fives, which by the way if you haven’t tried it is a terrific game; did some quite daring flips on the trampoline and played in a girls 5-aside rugby team.  I think we just liked the shirts. In those days there was no particular sport allocated for girls, actually I lie we might have had a netball team but there were only 11 of us to pick a team from and really not everyone loved to play sport. I had to give up ballet but it was a small price to pay.

The school felt nicely relaxed and the teachers were friends rather than foe, each and everyone had a nickname: very boarding school.  Mr Hodgson was Fumps, Mr Prosser Harris well you don’t need me to tell you that one, and sadly my minds a blank right now for any others. We did get up to some high jinx, sneaking out of the house to a pub one night but we weren’t too badly punished, not enough to scar us anyway. We were still made Prefects and Joanna was made Head of School House, which was something we all felt great pride in. To sum up all I can say is that before heading to Mill Hill I was very lacking in self-confidence and without doubt all the positive input that was lavished on me by the teachers did much to build me up and make me the person I am today. The boys were quite fun too, and were very kind about sharing their delicious sausage sandwiches at break in the Sixth Form centre; I can’t remember why I didn’t buy my own. And it felt good to have done something different and broken free from an all-female world. I didn’t do as well as I might have my exams but I suspect that was my fault, I was far too busy having a good time making the most of what was on offer. I am not sure what my parents thought but it was very special for me to have a shared experience with my father and I think he was proud of me.

A brief history of what happened after school:

I went back to my roots to study Geography at University College Swansea and followed that with a career in print journalism. I started as a Copy Editor on a free glossy magazine, progressed to Harpers & Queen before becoming Fashion Assistant on The Times. From there I continued to work on top glossy magazines and prior to becoming freelance having started a family I was Assistant Editor on Homes and Gardens. I continued to write about design and interiors from home and then segued in to writing books and maps about walking for families published by Frances Lincoln called Adventure Walks. I am currently looking to get back out into more office-based employment having spent the last 20 years working from home. Some very kind Old Millhillians are helping me with my CV as we speak.