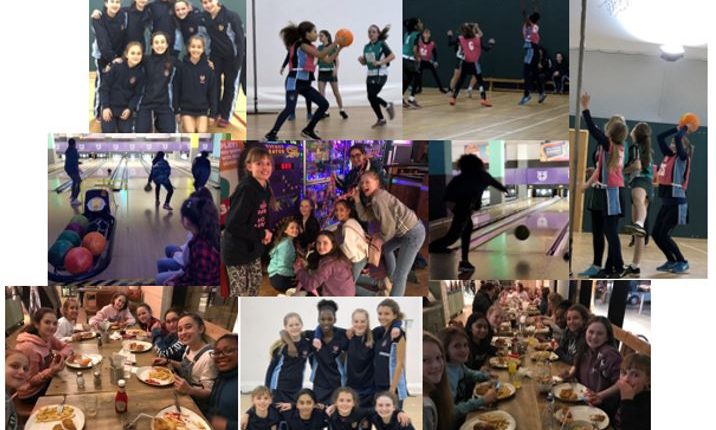 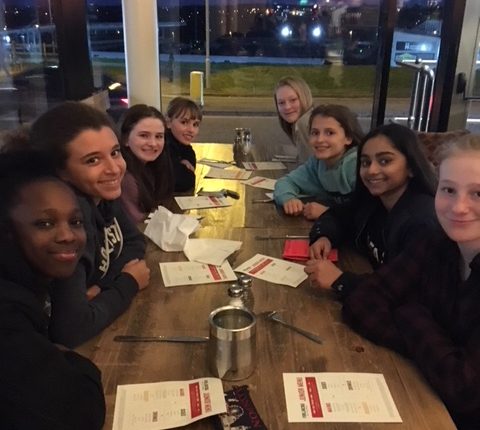 On Friday 23rd February the U11A and U12A Netball team left for Northampton on the School’s Annual Tour.  The first stop was Beachborough School where the girls sat down and enjoyed lunch with their opposition.

The U11s played first and were supported greatly by the U12s. The conditions were extremely cold and the girls struggled to find their rhythm against a very strong side resulting in their winning streak coming to an end. By the time the U12s played they had been outside for over an hour and the temperature had changed significantly which took effect. Despite their best efforts and outstanding defending the girls narrowly lost. A swift check in at the Premier Inn and then straight to The Flaming Grill for dinner to refuel ready for the bowling. Miss Hockley and Riva Pindoria started strong with strikes and spares and in spite of the girls best attempts to distract Miss Anderson the inevitable happened with her once again retaining her bowling title! The girls had some time in the arcades and hit the jackpot winning several tickets. It was great to see all the players from both teams put their tickets together so that everyone could have a prize.

An early start with a full English breakfast for some girls plus pancakes, pain au chocolat, bagels, crumpets, cereals were all on offer and with the girls all fully nourished we hit the road to Spratton Hall for our second fixture. With warmer conditions in the Dome these were much more suited to the Belmont girls and the U11s started well against another strong side. The girls worked extremely hard making some great interceptions but unfortunately suffered their second defeat. The U12s were on superb form and took the lead from early on. Excellent shooting and solid defending meant Spratton Hall could never close the gap and the girls won convincingly.

The girls enjoyed a delicious tea afterwards and then sang their way back home on the bus. It was a fantastic tour and I was very proud of how the girls conducted themselves displaying excellent Belmontian values. Many thanks to Miss Hockley, Miss Elliot and Miss Alderton for their time and support on this trip.