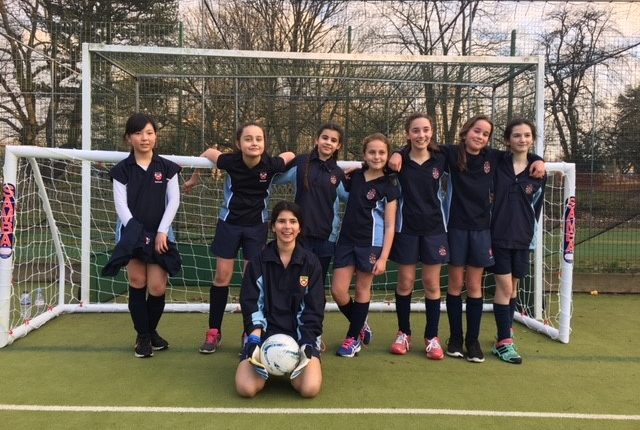 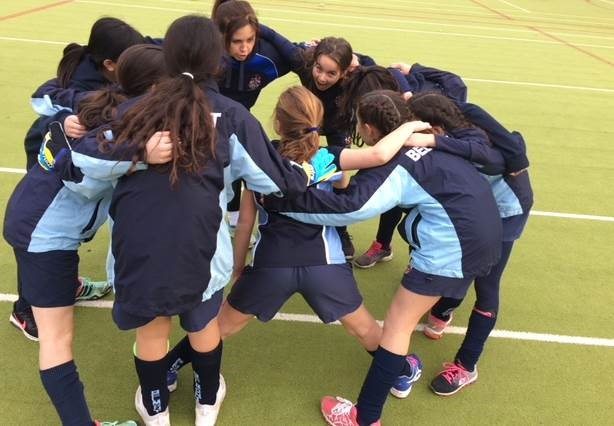 On Tuesday 13th March the U11A Girls played their first Football fixture at home against St Paul’s CofE Primary School. The game opened with a couple of great saves from goalkeeper Yagmur Suyur. After 10 minutes the girls settled into their stride against a physical and experienced St Paul’s team. Darcey Parfitt won many battles in the midfield and was closely supported by the defence of Mia Barron and Nicole Theodorou.

After a nail-biting first half, the score was 0-0. The girls went into the second half determined to find the back of the net. Unfortunately St Paul’s managed to sneak in a goal to bring the score to 0-1. The Belmont girls continued to persevere to bring the scores level but to no avail. The second half saw some great team decision making and excellent passing by Sydney Beare in central midfield. The full time score was 0-1.

It was an encouraging first fixture and an exciting time for this new and young team. The girls have to be admired for their enthusiasm and commitment to Girls’ Football Club this year. This will hopefully be the first of many fixtures. Thank you to Mr Fleet for refereeing, and to all the teachers and parents who spectated from the side-line for their continuing support.

On Tuesday we competed in the Middlesex County Netball Tournament at Highgate School. We started off by playing Notting Hill and Ealing who were quite a fierce team – we drew with them 5 all. Our next match was against Highgate. We were all a bit nervous as the last time we played them we lost by a few goals. We went onto the court and fought for every fall, with an end result of 4-3.

During the break we had some lovely recovery snacks while having a team talk to get our team spirit up! Feeling better, we played South Hampstead and incredibly, we won 5-0. Things were looking up as we played Fortismere, winning 5-2.

Our next opponents, St Paul’s, were a very strong team, both physically and mentally. Sadly we lost 8-0 which put us down a bit. Thankfully, we could still qualify as the top 2 from each group went through to the next stage.

We played Latymer School for our next match and won 8-2, which meant that it was down to goal difference between us and Notting Hill and Ealing, drawing on points. We were all really scared and badly wanted to go through to the semi-finals. Unfortunately we didn’t qualify, but we all tried our hardest. Most importantly we really enjoyed the competition and played the best we could. Even though we didn’t win this time we are focused on coming back and winning next year!

Also in action on Tuesday were the U13 girls. They were in an extremely tough group and had some mixed results. The girls were fatigued from the IAPS Tournament the week before but none the less stepped up to play some great netball. Results did not go their way and unfortunately they did not qualify, however for their last Netball experience at Belmont they did themselves proud. Everyone at Belmont would like to wish the U13 Netballers all the best for next year with their Netball and other sports. You have been a real credit to yourselves, your families and the school!