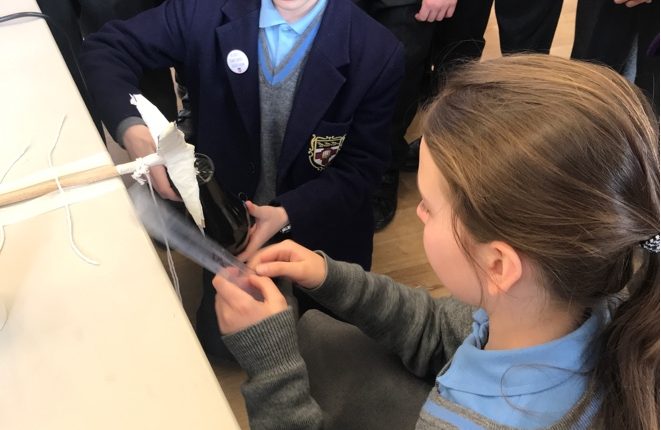 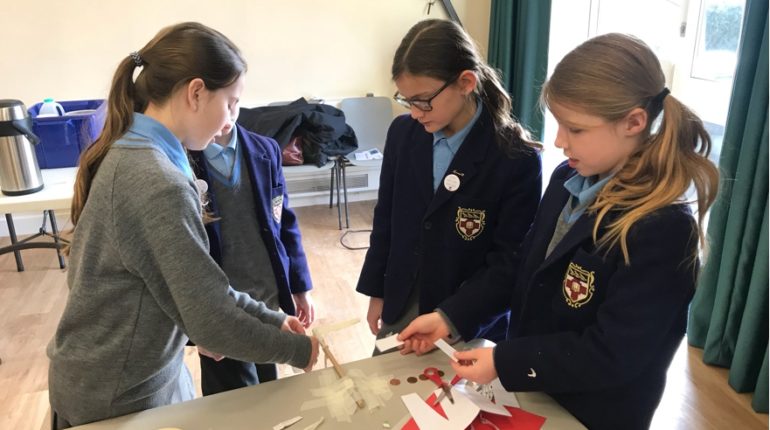 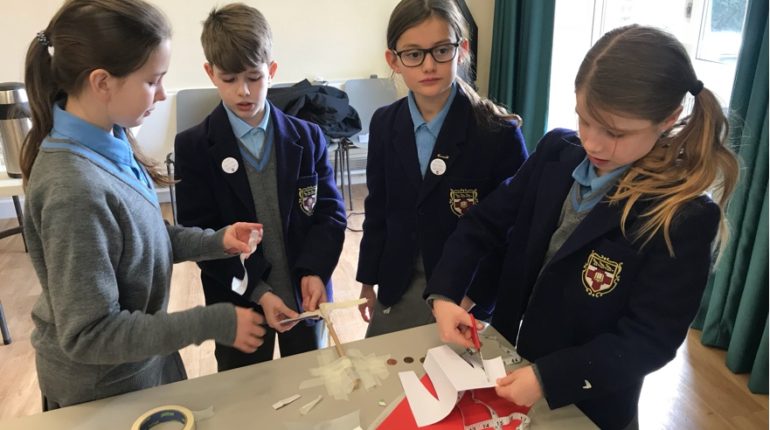 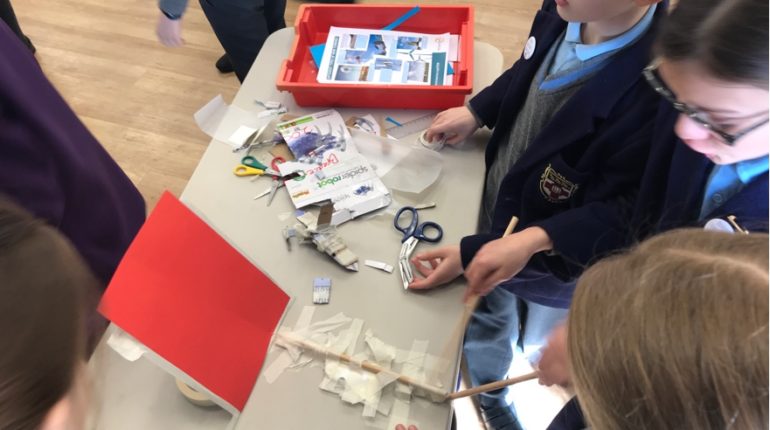 On Tuesday 27th February 2018 Elliot, Tabitha, Edie, Taeko, Charlotte, Yuri, Julie and Erica took part in a DT competition at St John’s School in Northwood. It was so exciting!

When we arrived at St John’s we headed to a building called Norman Hall where we placed our snacks, coats and any other belongings. We had five minutes to ourselves and then we got cracking with the task ahead.

It was so nerve-racking when they said ‘Go!’ I was like ‘ahhhhhh, what shall we do.’ At first I did not have an idea on what to do, but when my team started planning and deciding who was doing what, it started to become clearer in the designs of the blades. I felt excited and nervous because there were other schools watching but my team helped me to get incredible ideas. I used a tactic my brother used for his hovercraft to make the blades turn easier which was done by twisting the blades.