A Successful Season for Fives 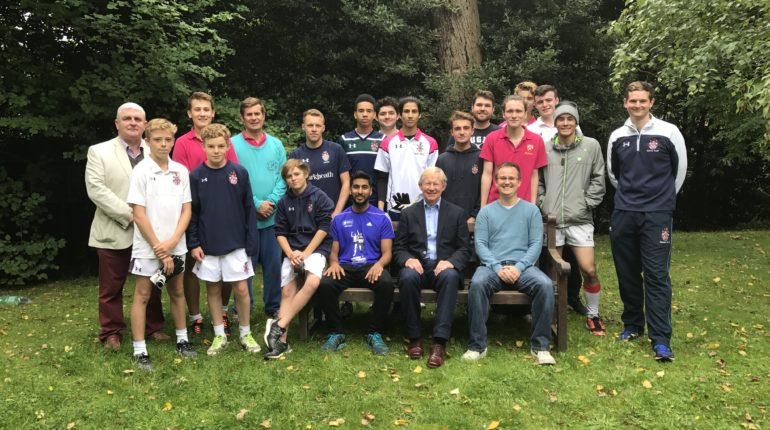 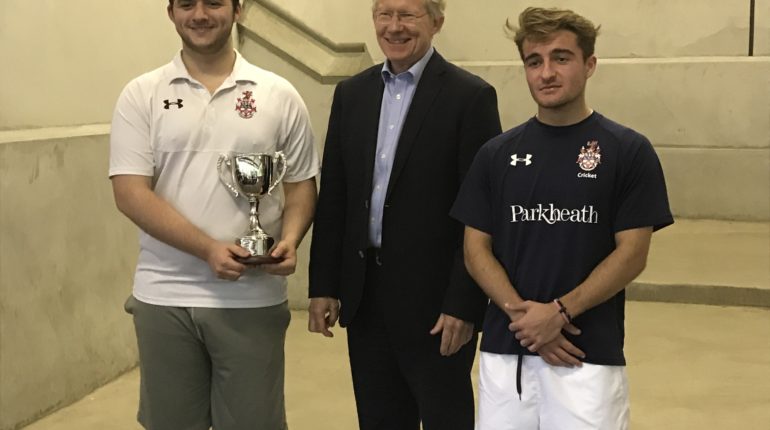 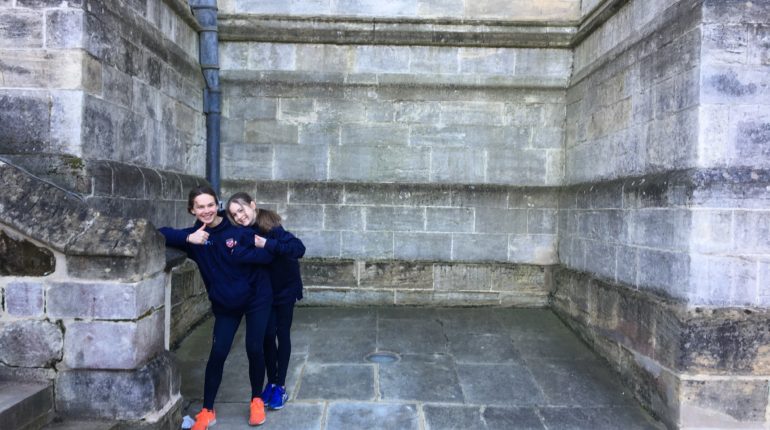 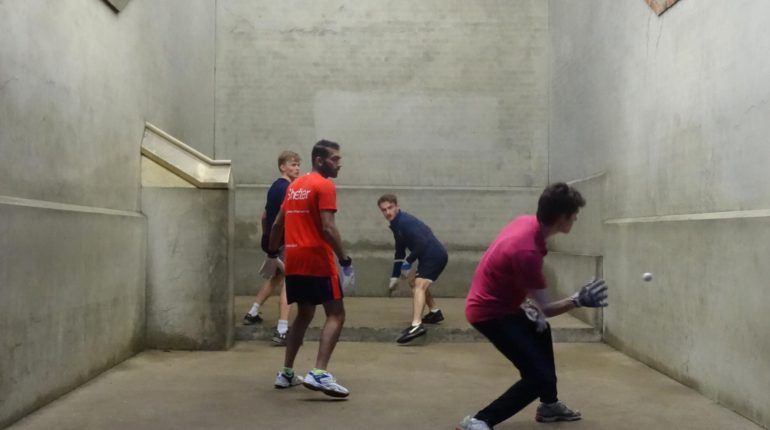 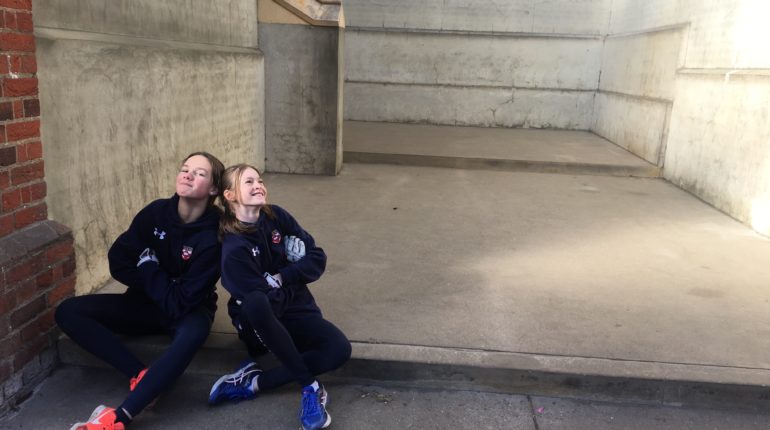 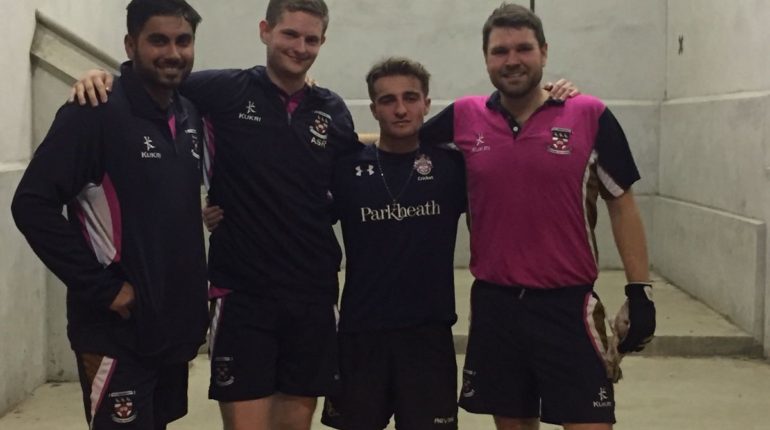 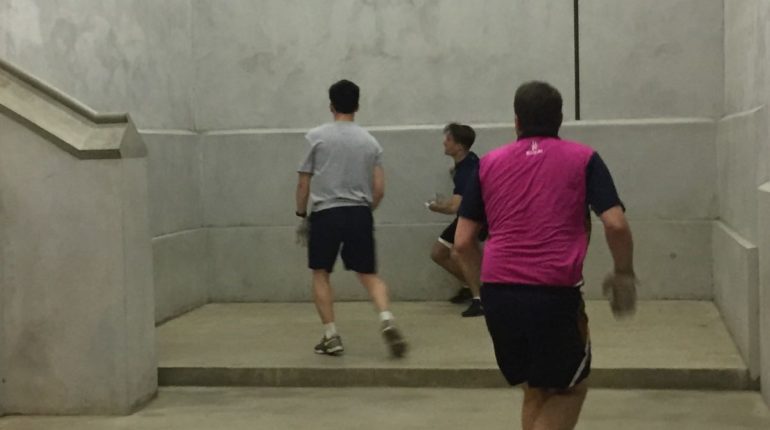 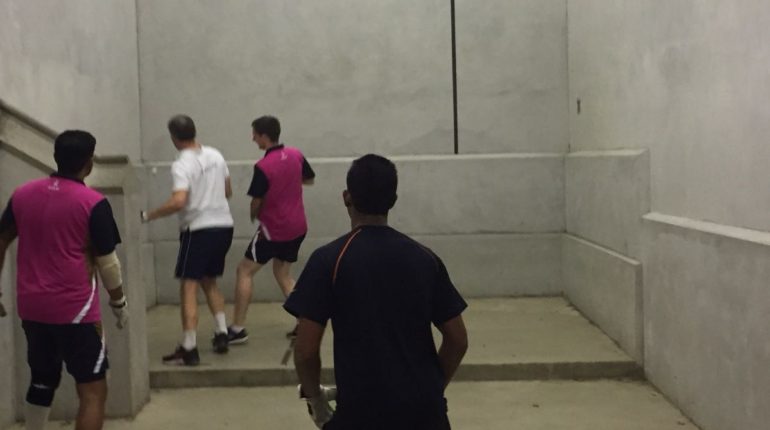 The 2017-18 Fives season, which lasts from September to March, has been one of the best in recent years for Mill Hill. With greater numbers coming through from Belmont, the squad size has increased this year, as well as the introduction of a girls’ fives club which has gone fantastically. Fives is now a popular choice in Wednesday games, and during both lunchtime and after school clubs. The season started on the first Sunday of September with the inaugural ‘Summers Cup’ competition where a pupil plays with an OM. It was won by recent leaver Henry Webster and current Upper Sixth, Charlie Plummer. This season the boys’ teams played a total of 57 fixtures, winning 34 (59%), drawing seven, and losing 16 with fantastic wins over Westminster, Berkhamsted and Harrow. The U14’s won ten of their 15 fixtures, and the senior team won 80% of their school fixtures. The first pair, Charlie Plummer and Iain Kidd, played a great number of adult matches for the Old Millhillians as well as being the definition of ‘leading by example’ to the rest of the pupils. As a pair, they went into the national championships unbeaten and seeded third. Earlier on in the season, Charlie and Iain reached the semi-finals of the U21 Nationals and won the plate competition at the Men’s national championships.

The first of the national championships, this year held at Eton College, was the U14 Girls. It was great to take Sienna Turner and Evelyne Fonteyne as it was the first time Mill Hill has entered this competition. They did very well coming second in their group and eventually losing in the last 16 to Ipswich. They then went on to reach the final of the last 16 plate competition, therefore coming 10th overall. The U14 boys, led by Jacob Irwin and Jed Lewis, also reached the last 16 before losing to Berkhamsted. The other pairs comprising Aryan Dewan, Arav Joshi, Freddie Skok, Adam Cansfield, Emerson Allen, and Angelo Lindup, progressed through the groups, losing in the second round, and then progressed well in the plate competition. The U15 first pair of Nick Jenkins and Stanley Shepherd, had an extremely tough group but played well for the challenge and enjoyed the day.

The senior team: Charlie Plummer, Iain Kidd, Alex Grubb, Will Jenkins, Jake Clifford, Dylan Gerard, George Dynan, and Alex Singh. Alex and Will reached the final of plate A, before losing in a very close match to Highgate. Charlie and Iain, won their last 32 match in impressive style against a pair from St Olaves, as well as then winning their last 16 match vs Aldenham’s top pair. Charlie and Iain dropped only 4 points on day one of the competition and are now one of the top 8 school pairs in the country. In the quarterfinal they played Shrewsbury, a school with 14 fives courts, regularly producing national champions. The Mill Hill pair did not disappoint and played outstandingly. The match went into the fifth set and lasted a little under four hours. Unfortunately, with a few important moments not going Mill Hill’s way, they lost 13-11 in the final set.

We said goodbye to Charlie, Iain, Alex G, Will, George, and Alex S at the end of the year, and they should all be very proud of their school fives careers. Hopefully, they will continue into the adult game, and the School certainly thanks them for what they have done as a group for fives at Mill Hill. It was a great season for Mill Hill and we look forward to it starting again in September with some exciting fives developments already in the planning!

The fives season has now ended and was one of the most successful for the OM Team. Going into the final fixture which was the league decider against Old Harrovians, the OM’s needed to win just one of the three pairs in order to win division one, with Harrow needing to win all three pairs. Winning at third pair was Oliver Sander OM and Charlie Plummer (current U6th). The OM’s have therefore won division one, the highest national division, for the first time since 2013, finishing the season of 16 matches on 38 points. A key part of this success was Charlie Plummer (Weymouth U6th) who won 12 of his 13 matches, and Iain Kidd (Murray U6th) who won 5 of his 7 matches. Also, in division 2, they are guaranteed to finish either second or third depending on some final results. A truly fantastic season overall. Thanks to James Hutcheson OM and Sunil Tailor (Old Belmontian) for all their hard work in running the teams.