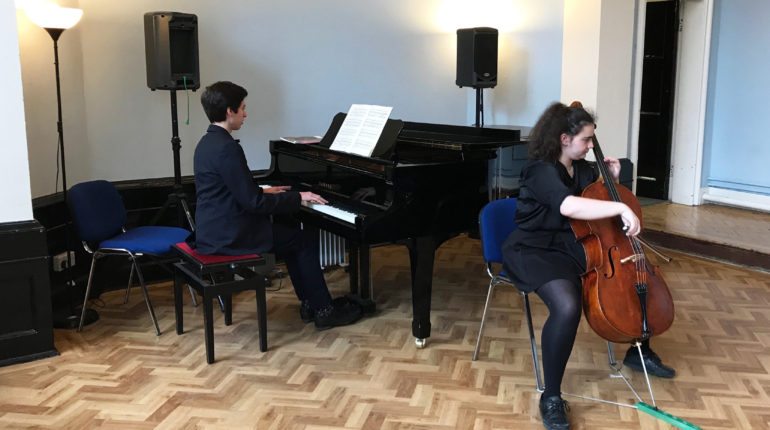 The recital began with a breathtaking performance of Fantaiestücke  (Opus 73) by Schumann, a collection of three short pieces. The first of the short pieces immediately displayed the considerable musical talent of both Ellen and Zany; every note played by the musicians brimmed with expression which captivated the listeners.

The musicians displayed the versatility of their instruments in the second short piece which had a light and lively tone. Here, the music was played at a much faster pace and greatly contrasted with the first section.

The final short piece was played at a fierce pace and was again a brilliant demonstration of Ellen and Zany’s exceptional ability.

The last piece played in the recital was the allegro mosso from Sonata for Piano and Cello in G minor. This was expressively played at a very fast pace by both players, it showed off their virtuosic talent to the full extent and mesmerised the whole audience. Ellen showed off the cello’s flowing and entrancing notes, while Zany impressed with his sharp and cutting notes.