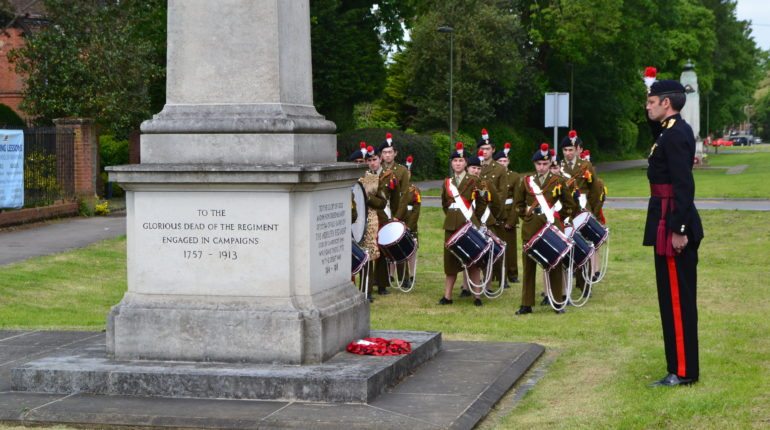 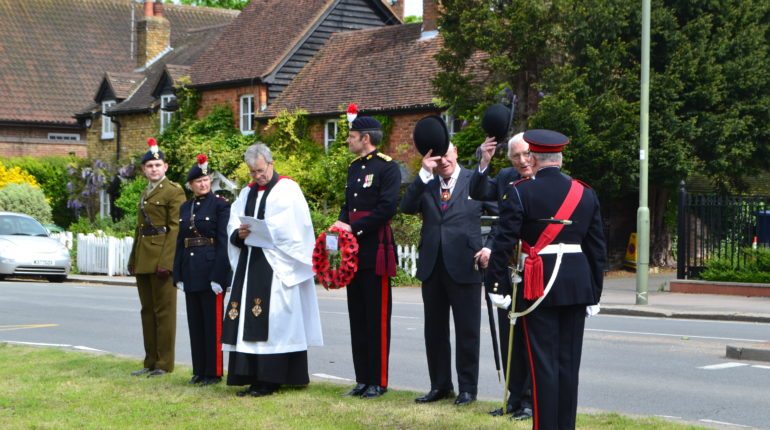 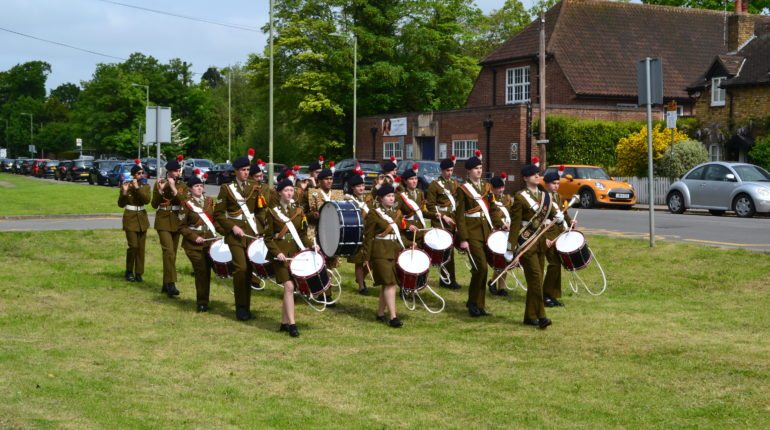 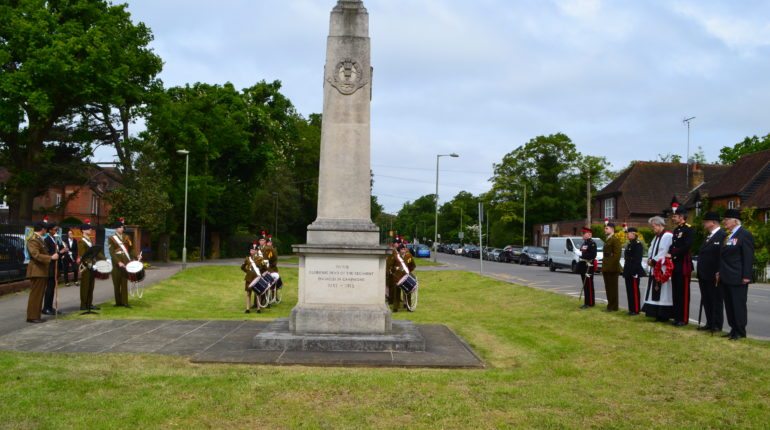 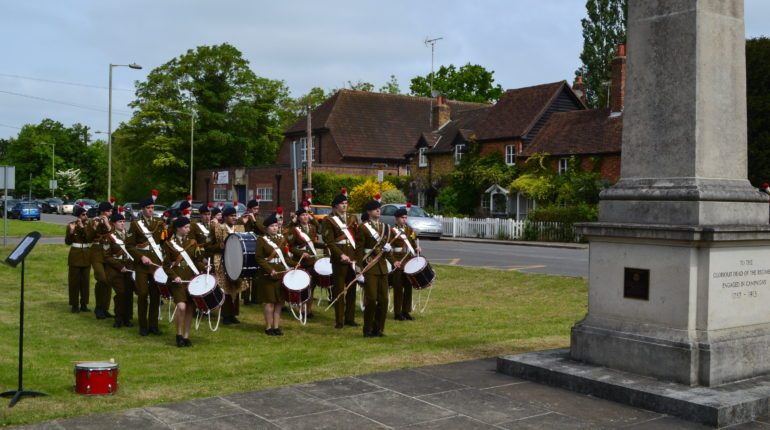 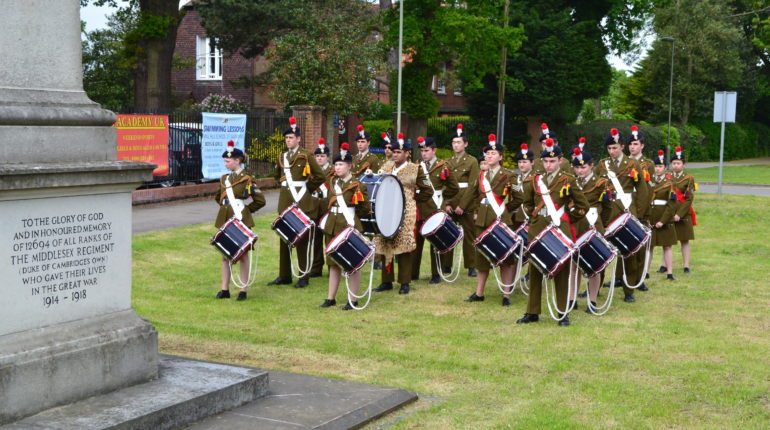 On Wednesday morning the second Albuhera Day wreath laying ceremony took place at the Middlesex Regiment War Memorial hosted by the cadets of Mill Hill School. The battle of Albuhera took place in southern Spain in on 16 May 1811 between the French and Polish force and the English and Spanish force.

It is a huge honour to be entrusted with this ceremony and Lieutenant Colonel Michael Deakin, the Chairman of Regimental Association expressed his gratitude and said that with this being the second year, word is quickly spreading around the Middlesex Regiment community and members of the Regiment and their families are deeply touched with the effort that Mill Hill School pupils are taking to recognise this day.

The Deputy Lieutenant of Barnet, Martin Russell, was heavily involved with the re-location of the Middlesex memorial to its current location opposite St Paul’s Church and was keen to see how MHS has chosen to honour the members of the Regiment. He was immensely impressed, particularly with the standard of music and the address from Reverend Warden and has left with a fine impression of Mill Hill School which I am sure he will promulgate widely.

I am extremely grateful to Lower Sixth pupil Yasmin Adewusi (Weymouth) who stepped up to play a very difficult Regimental March so beautifully and Upper Sixth pupil Bertold Minksz (Burton Bank) for his leadership of the Corps of Drums. I would also like to thank Kevin Kyle for guiding and stirring Last Post and to Reverend Warden for his very moving address.