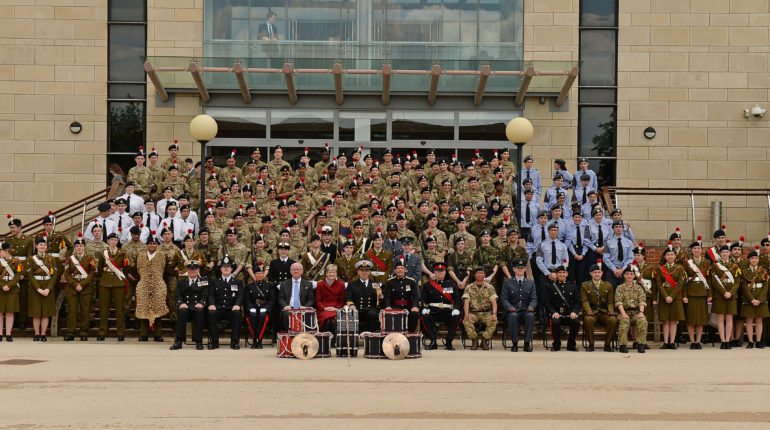 The CCF held the Annual General Inspection on Tuesday 1st May involving 203 cadets from all Houses and year groups and also including 20 cadets from our Partnership School, Mill Hill County High School. The Inspecting Officer was Captain Nick Wheeler, who is the Chief of Staff NATO Submarine Command. He was very impressed by the event and thoroughly enjoyed his visit to the School.

The exceptionally favourable weather conditions, standard of turnout and splendid performance by the Corps of Drums contributed towards one of our best inspections yet and I am confident that Captain Wheeler’s post inspection report will be extremely positive.