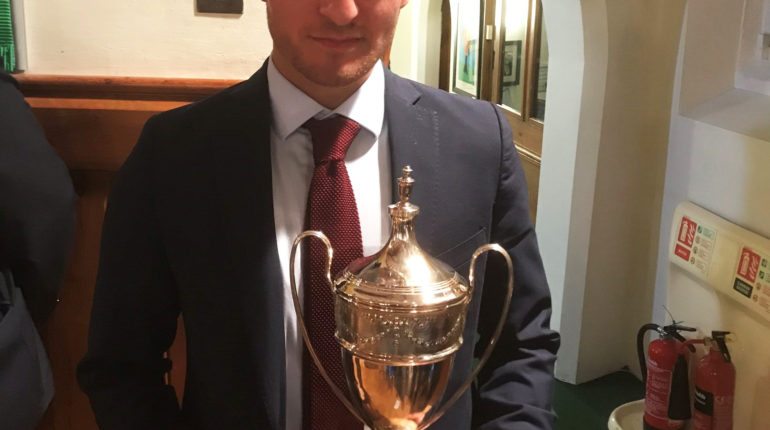 Congratulations to Upper Sixth Charlie Plummer (Weymouth) who has been awarded National Young Player of the Year Award for Fives. This ends what has been a fantastic school Fives career for Charlie. He was shortlisted amongst top young players from all around the country and then voted winner by the public. He was nominated for not only his contribution to school Fives but also his contribution to the Old Millhillians team, playing in division one of the adult national league where he had a very impressive record of winning 12 out of the 13 matches he played.