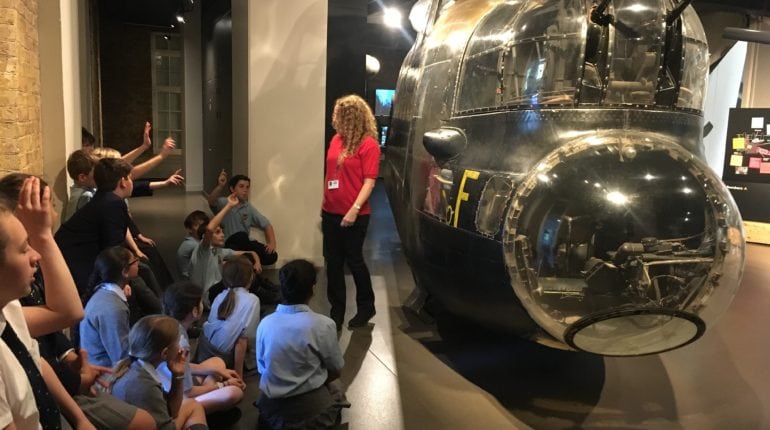 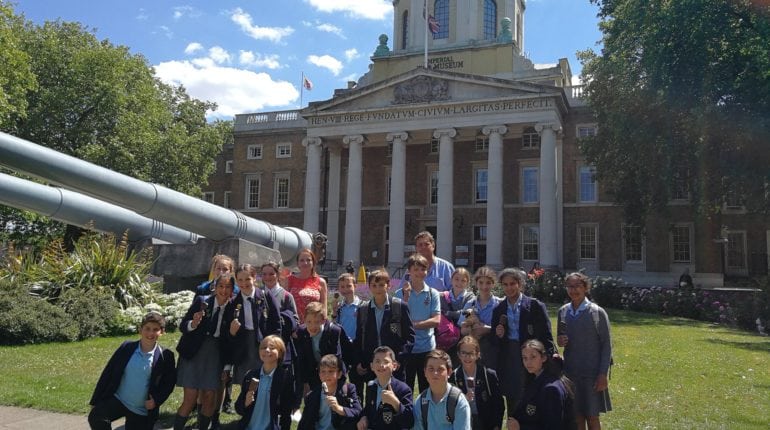 Last Friday the History Club went on a visit to the Imperial War Museum in London. This impressive museum is home to a vast number of artefacts and exhibitions relating to war and conflict from the start of the twentieth century up to the present day. One of the volunteers at the museum gave us a talk on the Lancaster, a Bomber plane used in the Second World War, this was quite an emotional talk for Mr Clement as his father had been a radio operator in a Lancaster during the war. Pupil’s took part in a workshop which involved them choosing an artefact from the museum that they felt had an important story to tell.  Joseph and Conrad from Year 6 chose a banjo made by a soldier in the Second World War. The boys felt that it was important as it showed that even in the depth of despair, music can move people and bring them together. After lunch we visited the First World War exhibition and got a glimpse into the experiences of the millions of men who fought for their country between 1914 and 1918.

It was a fantastic trip to end a great year, a big thank you to all members of the History Club, your enthusiasm and interest has been a credit to you.