The Official Opening of the Peter Collinson Heritage Garden 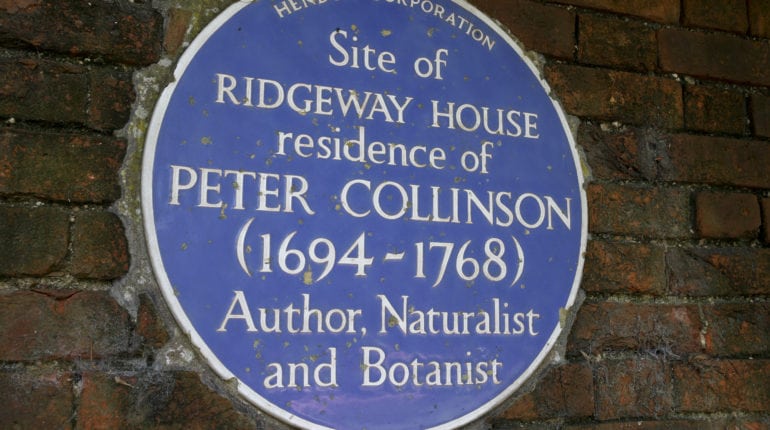 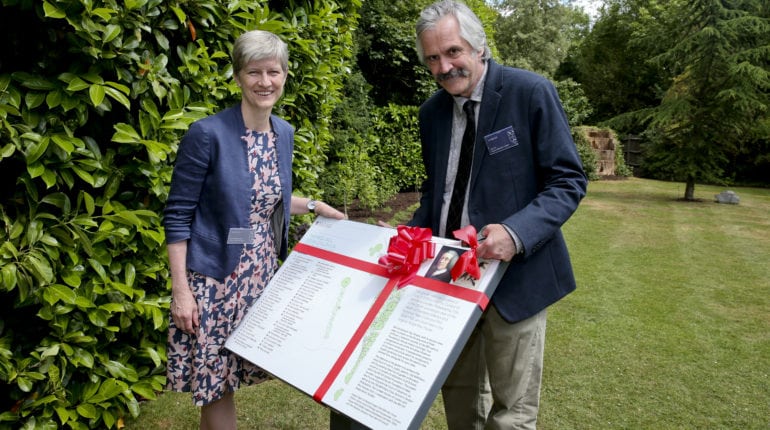 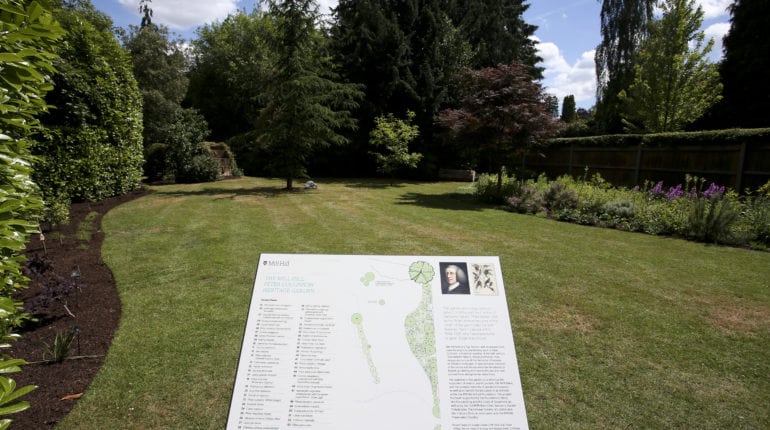 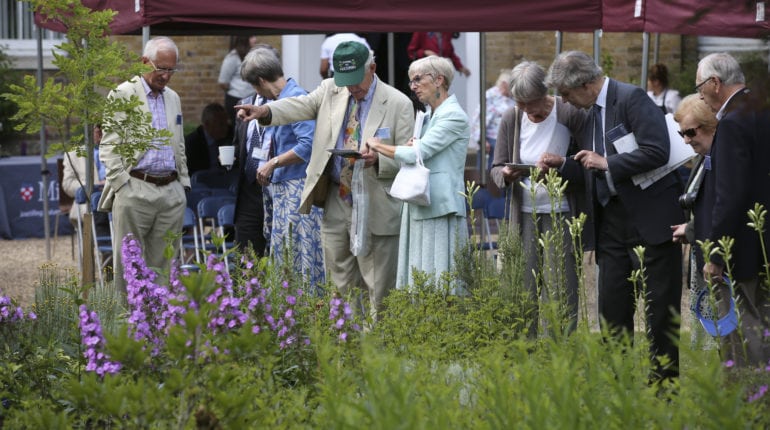 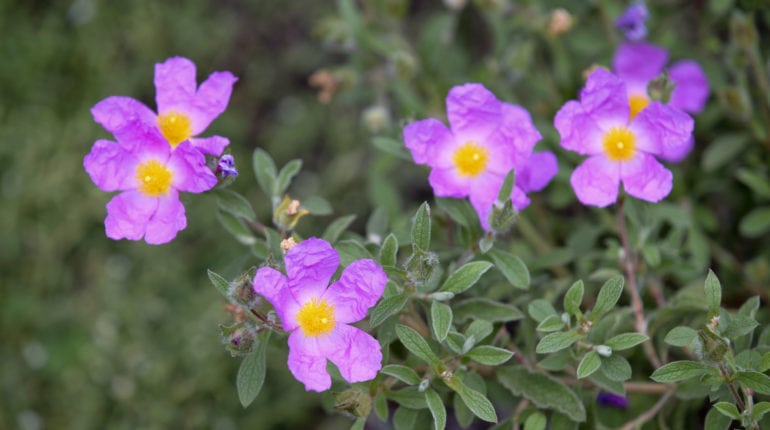 “It was my pleasure to take Mr Benjamin Franklin Mr Collinson at Mill Hill. Such a garden!” wrote Solander of a vist in May 1856.  Yesterday The Mill Hill School Foundation welcomed many guests to the opening of the Peter Collinson Memorial Garden, created to mark the 250th anniversary of Collinson’s death.  It is hoped that many will visit over the years; who knows, maybe another future President of the United States?  The Garden was officially opened by Joel Fry, Curator of the Bartram’s Garden in Philadelphia PA.  John Bartram and Peter Collinson (both Quakers) corresponded over many years and had a thriving business in shipping exotic New World plants across the Atlantic.  Collinson sold these on to rich landowners always seeking to make their country estates just one step better than their neighbour.  An amazing business 200 years before Amazon, DHL and FedEx!

The idea of marking Peter Colinson’s memory came from distinguished OM, Roddy Braithwaite (Winterstoke House 1945-50) who wrote Strikingly Alive, that erudite story of the first 200 years of Mill Hill. It has taken some years and a great deal of work for various people to get to where we are now – the Garden comprises a wide variety of plants introduced to this country by Peter Collinson.  What is more, the Garden is located in what would have been the garden of Peter Collinson’s home, then called Ridge Way House, which was the first home of the School from 1807 until the magnificent School House building was opened in 1825.  The Garden has been meticulously planned by Collinson and garden experts.  There is a lovely sign which indicates the location and name of every plant.  Visitors were able to look at the catalogue as they walked round the garden.

Probably the only remaining elements of Collinson’s time is the red brick wall and iron gate; it is lovely to think Collinson himself may have walked along this path to his garden and that the first pupils at Mill Hill School might have done the same.  The Mill Hill Preservation Society, custodians of the beauty of this lovely London suburb, have created a fascinating page on their website about Peter Collinson.

“The lively correspondence between John Bartram and Peter Collinson that spanned more than 38 years, and their exchange of plants and horticultural knowledge provides inspiration for renewing a relationship between the Mill Hill School and Bartram’s Garden today. Bartram’s Boxes, as they then became known, containing 100 or more varieties of seeds, dried plant specimens and natural history curiosities. In reestablishing our connection, it is our hope that contemporary versions of Bartram’s Boxes can be exchanged between us, continuing this great connection across the oceans and keeping this important history alive. In 1763 Collinson expressed his appreciation to John Bartram for all his efforts when he wrote: “All botanists will join me in thanking John for his unwearied pains to gratify every inquisitive genius”. And today, from all of us at Bartram’s Garden, we thank Mill Hill for including us on this important occasion. We are delighted that Joel Fry, who has been Curator and Historian at Bartram’s Garden, the home of John and William Bartram, since 1992, can join you. You will all be captivated by his research and knowledge of Bartram family legacy and the plant exchanges across the oceans.  His visit to the Mill Hill School provides the opportunity to connect with research at great gardens and institutions in England. Congratulations to Mill Hill School on this great achievement! We look forward to continued dialogue and exchange.”