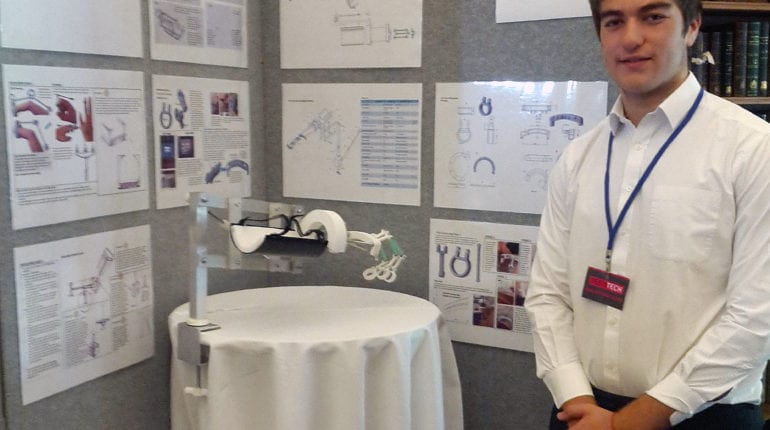 On 25 June Upper Sixth pupil Tyler C (Priestley) was invited to present his A Level DT Project at the Royal Society to a group of judges in the final of this year’s Teen Tech Competition. His exoskeleton, designed to reduce tremors for those with Parkinson’s Disease, was created with the support of Stanmore Aspire Centre.  His project received critical praise and was eventually awarded the top prize of £1,000 by Theoretical Physicist, Jim Al- Khalili. The final award will be presented by HRH the Duke of York at Buckingham Palace later this year.  This represents the School’s third win in this competition over the past two years.

We are also pleased to announce that Fifth Form pupil Cameron R (School House), has been awarded an Arkwright scholarship after passing a rigorous exam and interview. He will receive mentoring from an industrial company with a link to his strong interest in drones, plus financial support for his research and project work over the next two years.