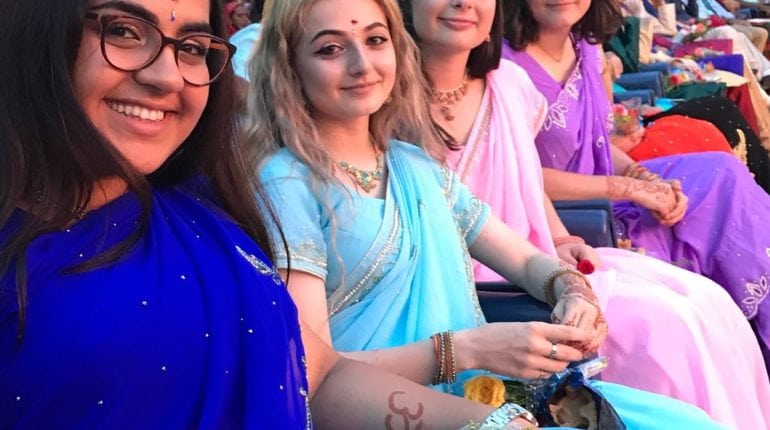 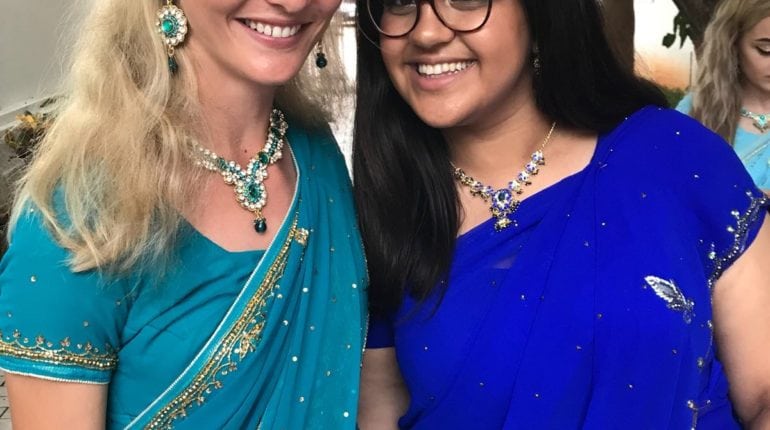 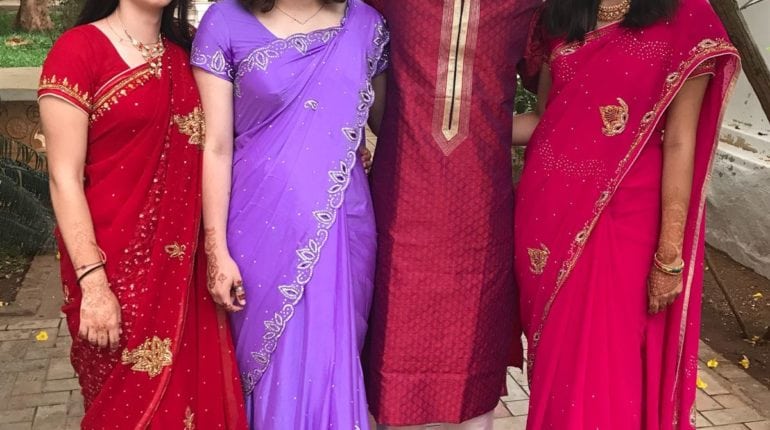 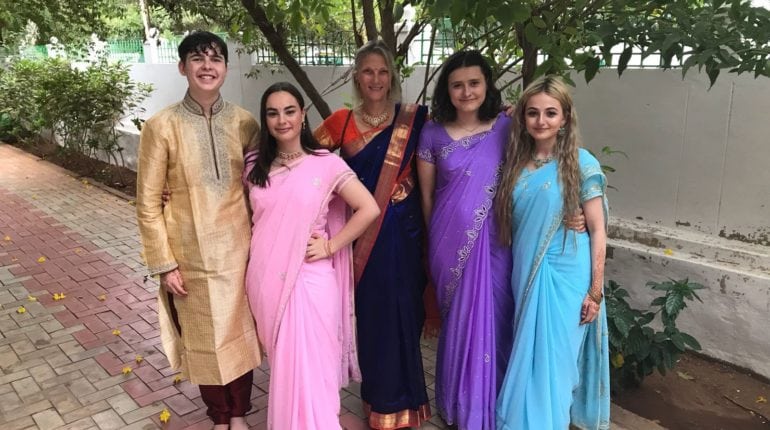 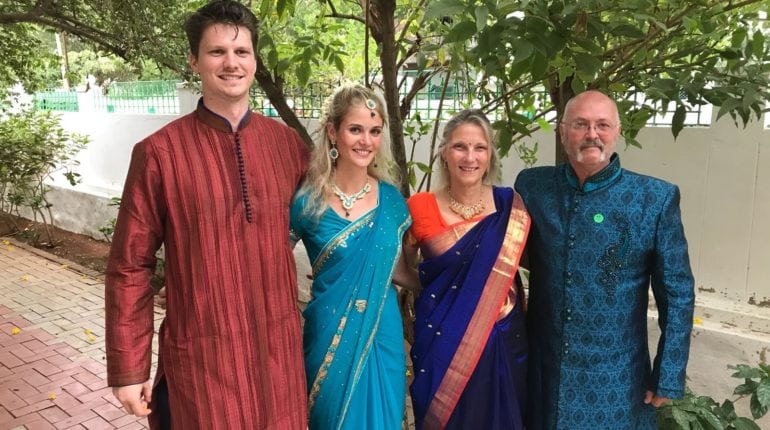 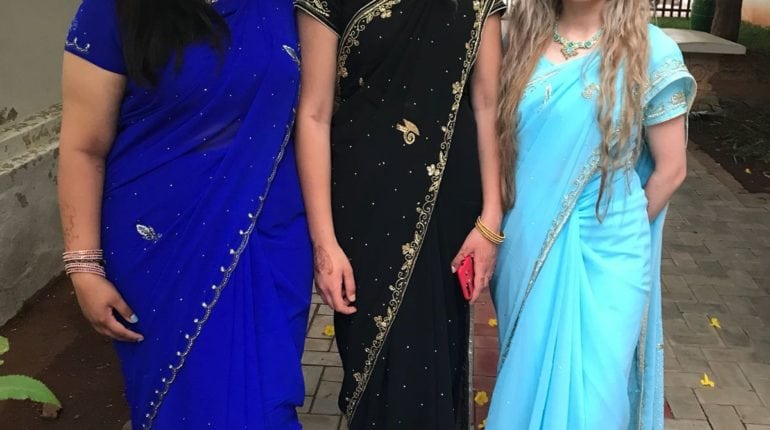 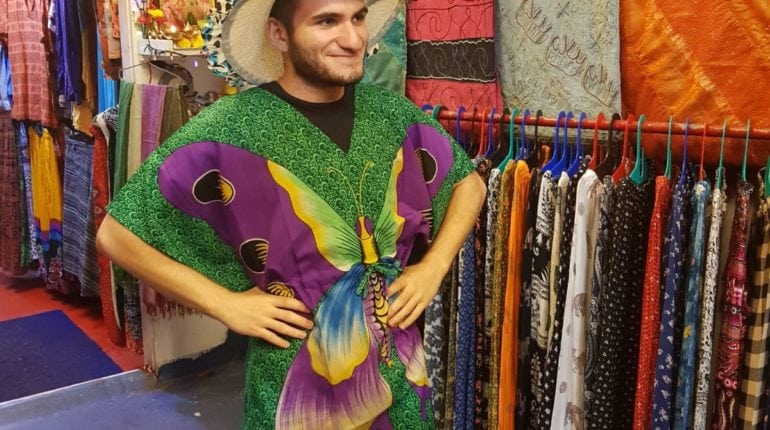 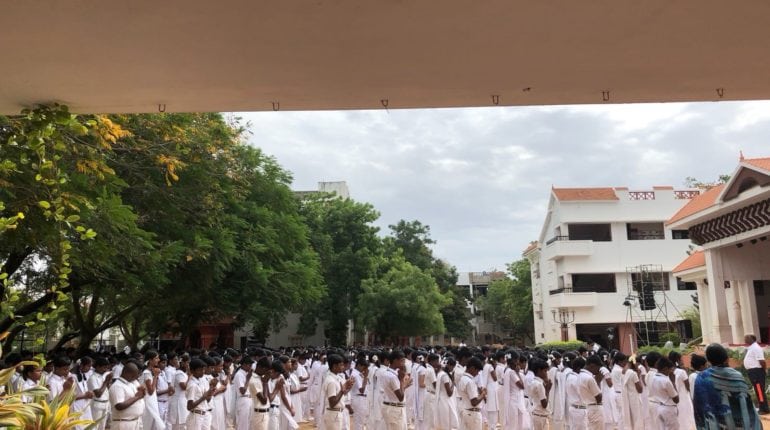 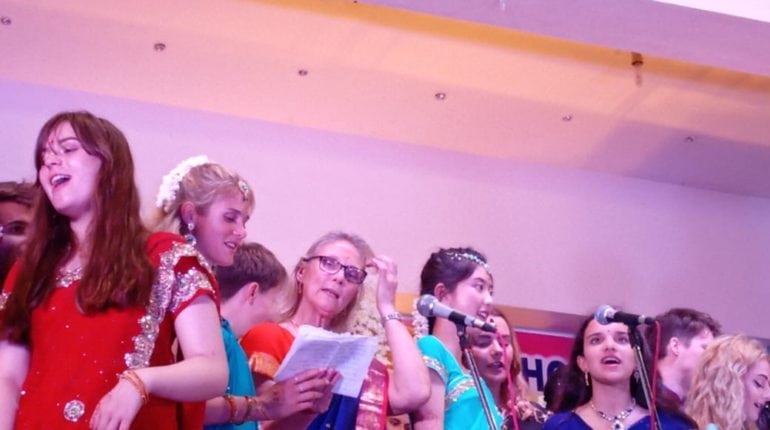 We woke up on the morning of our final day feeling a strange mix of sadness and excitement for the evening ahead. We had largely packed our bags the night before and proceeded to clean out our rooms of two weeks accumulation of dust, dirt and stray stickers. We ditched the school books and filled up our lesson wallets with fun things such as uno cards, games, stamps and the presents we bought from Pothys (we later realised we had spent more on our kids than ourselves). It was time for our lessons, all of which were fun but bittersweet. The children were grateful for everything we gave them and much fun was had combining classes into big groups and kicking up dust on the quad playing “fire in the mountain” and “duck duck goose”, to the horror of the grounds 0men. At the end of each lesson our surplus supply of stickers quickly ran dry as we made it rain on the swarm of children – it was a happy ending for all.

We then went back to the hostel and recuperated from a physically and emotionally draining morning, and then we began to get ready for the upcoming evening event at the school. For the girls, we were dressed and decorated meticulously – wrapped like bejewelled burritos in our carefully selected saris. The boys weren’t offered this privilege, instead they dressed each other – pulling a very narrow Koti over some wider shoulders was quite a challenge! soon we all looked the part and after over three quarters of an hour of photographs we were ready for the event itself to begin. I James) was performing two songs accompanied by the Mill Hill band, and after a quick sound check was ready to perform. But first we were treated to several wonderful songs from around the world by the Jayendra School choir. Together, we then all performed “I Will Survive” by Gloria Gaynor and “Ya Ya Mayaya”, a traditional Tamil song. The Millhillians and Jayendrans singing together was a wonderful coming together of cultures, and was yet another unforgettable experience from the trip. I (James) then sang “Loving is easy” by Rex Orange County and then (more loudly) Seven Nation Army by the White Stripes.  Scream singing a Jack White song in front of three thousand Indian children and their parents, all while dressed in the cultures formal attire was honestly one of the most bizarre experiences of my life.

From there we were treated to a spectacle of dance performances such as traditional Punjabi dance as well as a variety of Tamil folk dancing. There was even a solo performance by an alumnus of the School as well as an incredibly avant-garde interpretation of world issues by a group of thirty children dressed in blue leotards depicting such heady topics as chemical warfare and 9/11. After this, we proceeded to the basketball court for a hefty spread of curry and the School’s resident DJ played a collection of exciting house tracks from the early 2000’s as well as a fair few Bollywood tunes. We danced until 11:30 sharp (our mandated curfew) and returned to our dormitories soggy and happily exhausted. We finished the remaining packing and passed out, awaiting our goodbye ceremony tomorrow