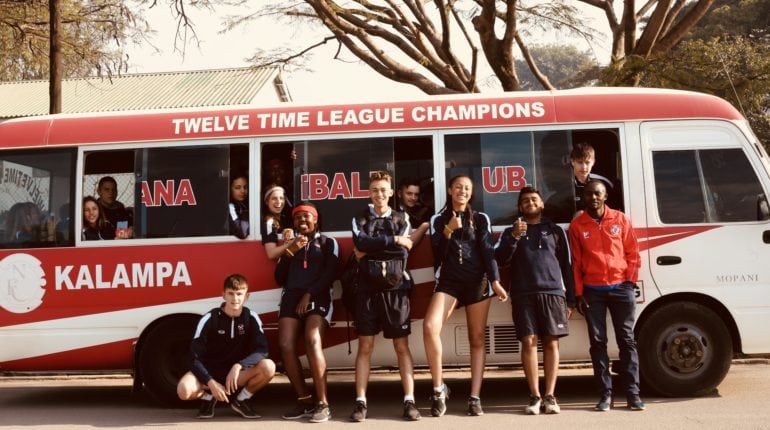 The bus was late as usual, just another touch of the Zambian culture. All of us were waiting outside in the cold and even though we were all part of different groups I feel as if all of us had the same feeling, the thought that today was our last day going to these schools. It cannot be explained through simple words, but only experienced.

We had already picked our final team, so when arriving in the schools the expressions of disappointment were noticeable in some of the kids. However, as the day progressed and the children had forgotten about the fact that this was not their moment, the sense of teamwork which is experienced all over communities within Zambia came back.

A mini tournament was held, including all the kids who had not been selected with the purpose of involving everyone and giving each of them the opportunity to play tag rugby, applying the skills they had learned during the week.

It was clear that the children had fun and that they had learned so much, however, the ones who gained the most from this experience were us as the coaches. The view of how meaningful every single moment of the day was to them, from the second we arrived to the time that we danced together was enriching on a human level. It was not only the idea that we were sharing a moment, but the fact that we would be sharing a memory, all together, even if we came from different parts of the world.