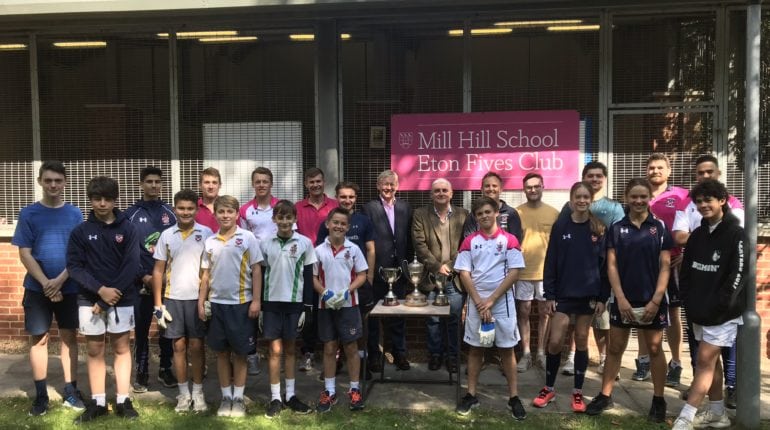 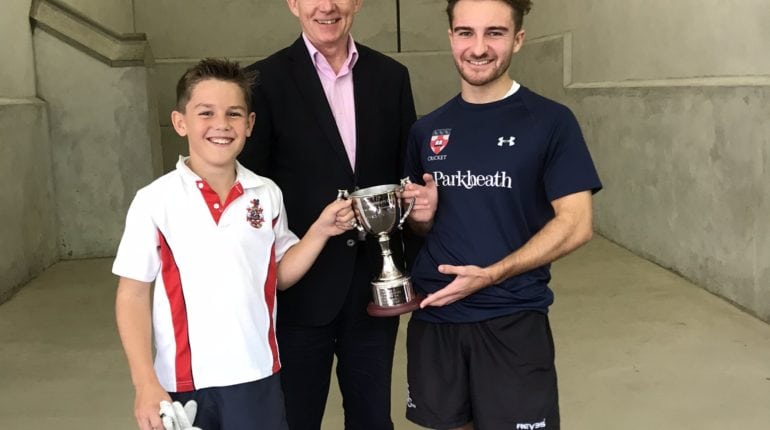 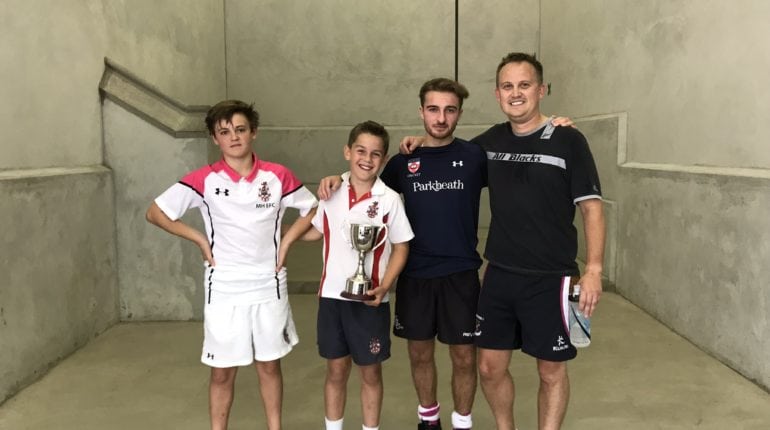 On Sunday 9 September we held the second annual Summers Cup Competition where a current Mill Hill/Belmont pupil plays Fives with an Old Millhillian. This year consisted of ten pairs made up of two groups of five. It was fantastic to see such good participation from the Old Millhillians with more keen to play than current pupils. The group stages consisted of round robin matches of 15 minutes each, then for the semi-finals and final they played a full set match. Winning group 1 was current Year 6 pupil Jake Turner and now Old Millhillian Charlie Plummer who played the runners up of group 2, Ollie Sander and Sienna Turner, in the first semi-final. A battle of the Turner siblings and two of last year’s Old Millhillians winning div 1 team was a great match to watch and played in great spirit. It eventually went 12-9 to Charlie and Jake. In the second semi-final, it was the group 2 winners of current year 11 pupil Stanley Shepherd and OM James Hutcheson playing against current Year 8 pupil Charlie Graville and OM Jack Weller. Another very good semi-final which saw Stanley play the best he had all day, supported well by the experienced James Hutcheson, saw them take the win 12-5.

The final was a very close event with Stanley continuing his form from the semi-finals and Jake ably returning some of James’s high paced shots from the back step and producing some outstanding cuts for a boy of his age. The score line was consistently very close with James and Stanley taking the lead 9-7, when unfortunately James suffered a knee injury which forced him to retire injured. Jake and Charlie were, therefore, crowned victorious, making Jake Turner the first Belmont pupil to have won the tournament, and Charlie Plummer the first person to win the trophy twice and the first to win as both a pupil and an Old Millhillian.

It was a fantastic morning of Fives and great fun for all involved. Thanks go to all the Old Millhillians and pupils for coming out on a Sunday to play, as well as Mr Andrew Summers for coming along to present the trophy once again this year.