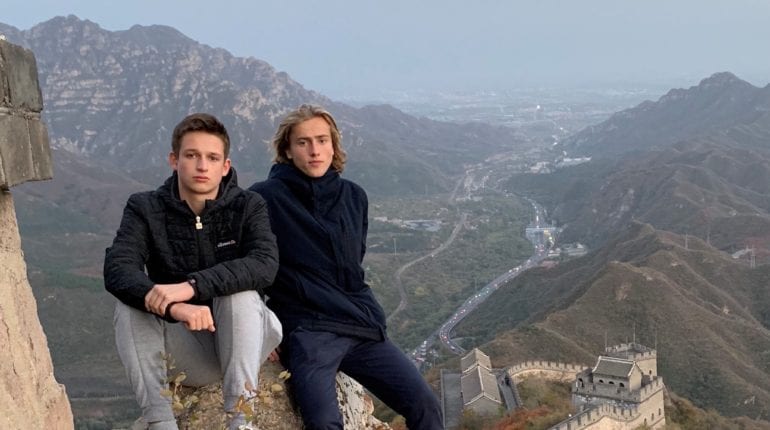 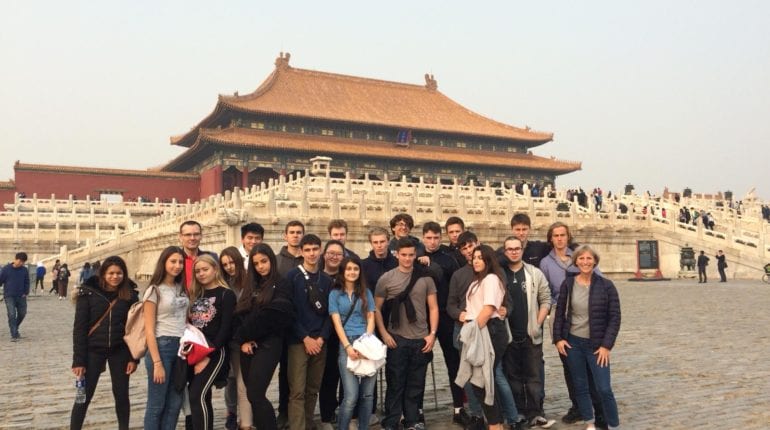 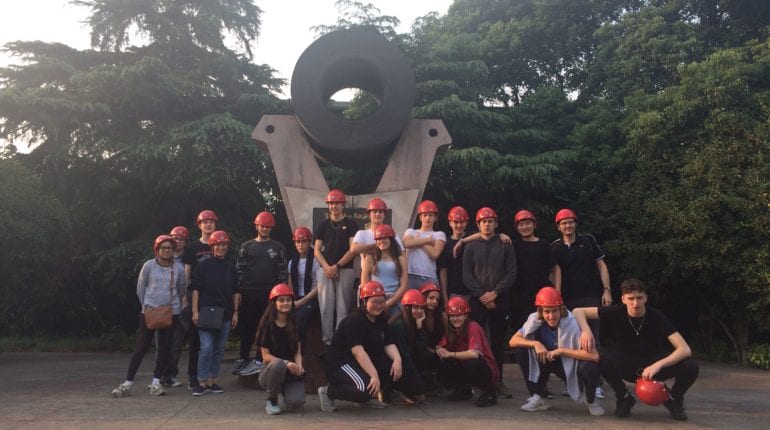 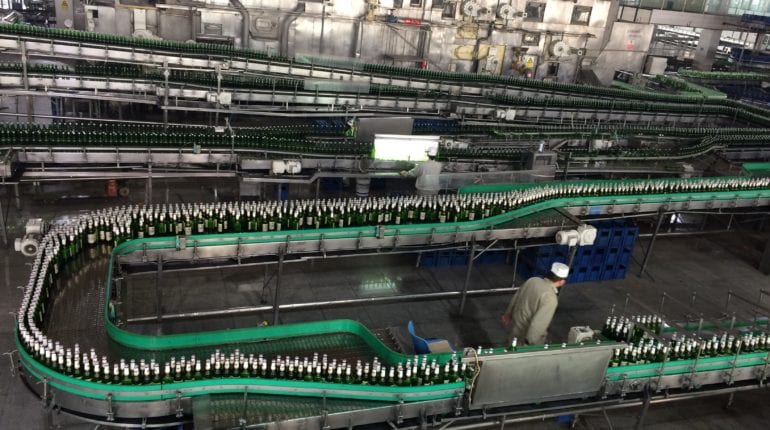 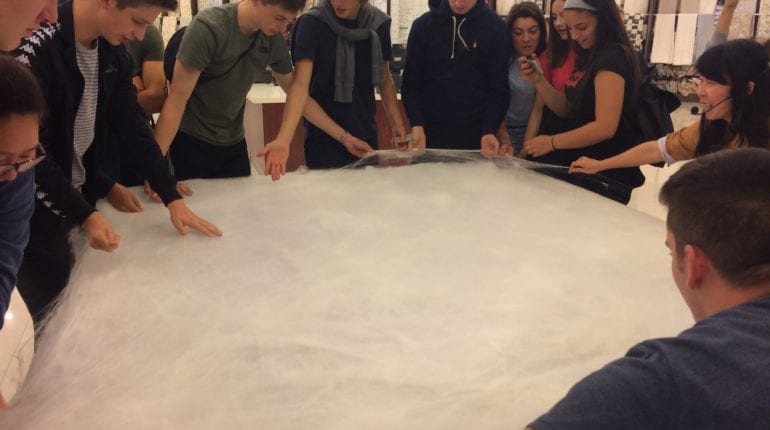 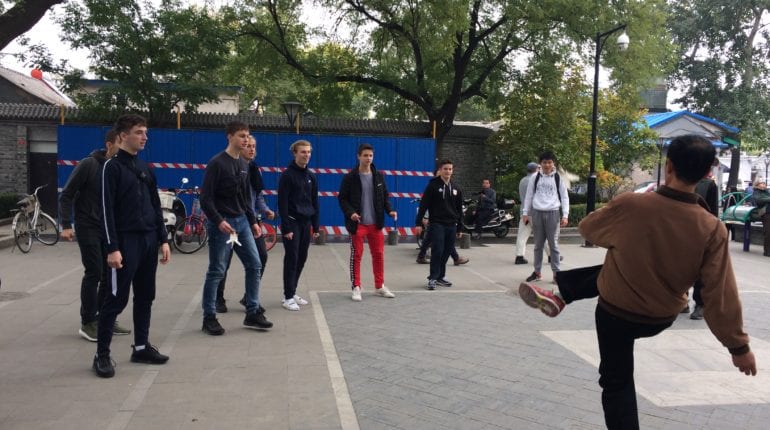 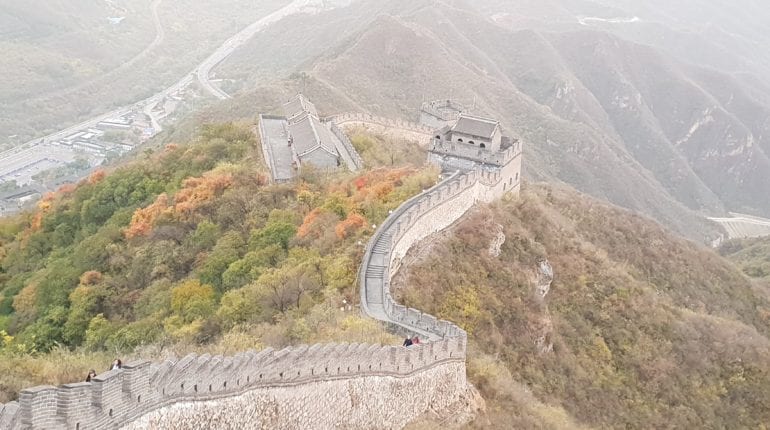 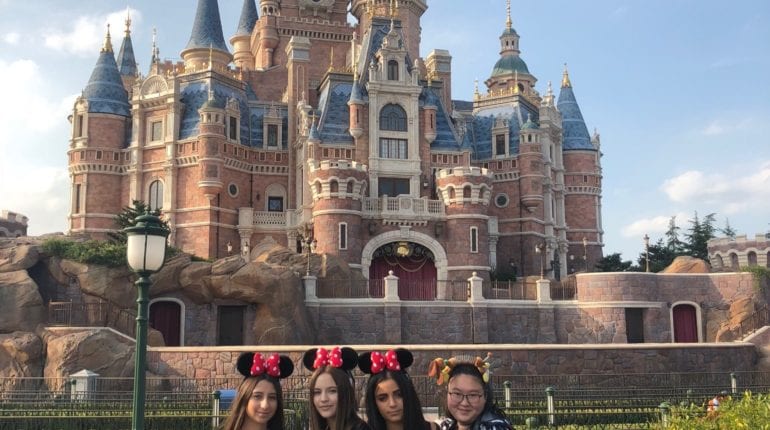 During the half term holiday, a tour party consisting of 20 Upper Sixth Business and Economics pupils and three teachers travelled to China in order to deepen their understanding of what it may be like working abroad and to learn about China’s key role as a global economy.

The first three days were spent in Shanghai and immediately after landing we visited the Oriental Pearl Tower. After a long queue at one of the city’s most popular attractions we found ourselves huddled in a lift travelling up the central tower. Upon reaching the third sphere we were greeted by panoramic views of Shanghai. Later that afternoon we visited the Baosteel Plant, the second largest producer of steel in the world, producing approximately 20 million tons annually. Here we were toured around warehouses for different stages of production. We were deafened by the noise of water cooling, overwhelmed by the heat from the furnaces and amazed by the scale and efficiency of production.

We finished the day by strolling along the Shanghai Bund, the original Anglo-Chinese financial district. We enjoyed excellent sunset views across the Huangpu River, looking at some of the most famous buildings in China such as the Shanghai Tower, Shanghai World Financial Centre,  Oriental Pearl TV Tower and Jinmao Tower. After a long first day we checked into our hotel and enjoyed some well-deserved sleep in preparation for a visit to the Shanghai Disneyland the following day. As you would expect, Disneyland involved lots of rides, queues and, for those brave enough, wet clothes from the water rides.

On Wednesday, we attended an Economics lecture in which we learned about the economic history of China. Following this we visited a silk factory where we were guided through the process of obtaining silk from the worms and then eagerly led into the shop where many people enjoyed spending their money, much to the delight of the shopkeepers. We then travelled to the Shanghai Volkswagen factory, where we were suitably loaded onto Volkswagen carts, the kind you see transporting people around at airports. The chauffeurs then escorted us through the maze of robotic arms and conveyor belts. We rounded off our day with an acrobatics show, carried out by trained professionals.

The next morning entailed a four-and-a-half-hour journey to Beijing on the Bullet Train. As we hurtled northwards, we saw different landscapes than previously seen in Shanghai. After arriving in Beijing, we were taken to the Red Theatre where we watched a Kung Fu show. The following day included visits to Tiananmen Square, the Forbidden City and the Summer Palace, the latter involving a small boat ride across an expansive manmade lake, built for naval practice. Our new guide for Beijing, Terry, then guided us through the old town where we came across a group of elderly people acrobatically keeping a shuttlecock up in the air. After asking to join in we found ourselves playing along with them. Later, after tiring ourselves out playing keep-it-up, Terry took us to a tea ceremony, where we tasted many teas and were shown the correct way to drink them; a relaxing way to finish off the day.

Our final full day in China began with a visit to Ecovis Consulting LTD an accounting firm based in Germany. Here, we learned more about working in China as a foreigner, and presentations were given by two senior members and two interns. We then drove to Yanjing brewery, “Yanjing” the old name of Beijing. After a tour around the factory, we began an hour’s drive to The Great Wall of China. Upon arriving at The Great Wall, we shuffled out of the car park and prepared ourselves for the ascent. After reaching half way, we were treated to a view of the mountains, and given encouragement by people returning from the top. By the time we reached the top the sun was just setting, casting a beautiful light across the adjacent mountainside, this seemed an idyllic setting for our China trip to conclude.