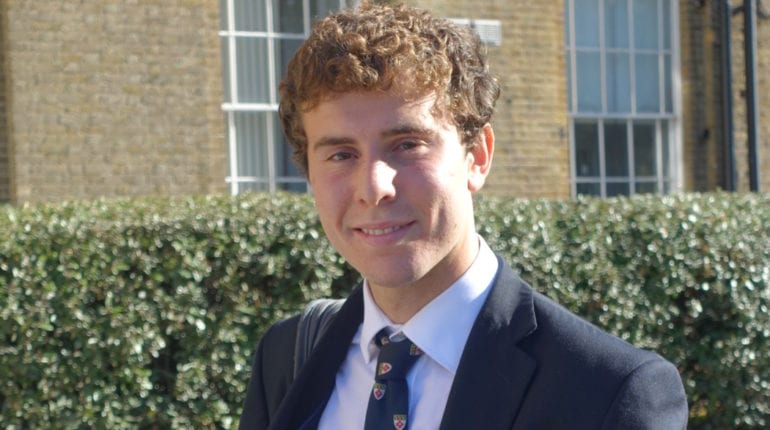 We are delighted to report on the recent tennis successes of Upper Sixth pupil, Alex Z (Atkinson).

Alex who is currently studying A Levels in English, Spanish and Psychology was ranked in the top 200 U18 tennis players in the UK 3 months ago. However, with recent victories he is now in the top 30 having reached the last 8 in a British Men’s Tour event played at Bath University last month.

Training with the Junior Elite Tennis Academy under former British Tennis player Jo Durie at the Northwood David Lloyd Tennis Centre, Alex has recently returned from Egypt where he played in a Men’s Futures event to widen his experience

Alex has set his goals extremely high, aiming for a place in the top 10 before the end of this year and plans to compete in men’s rather than junior events to help achieve this. He has his sights set on gaining an American College Tennis Scholarship to play Division 1 Tennis, and has recently completed his SATS exams along with a players video and CV to send onto various American Universities.

We wish Alex all the best over the next few months as he prepares for an exciting future away from Mill Hill School in the world of Tennis.