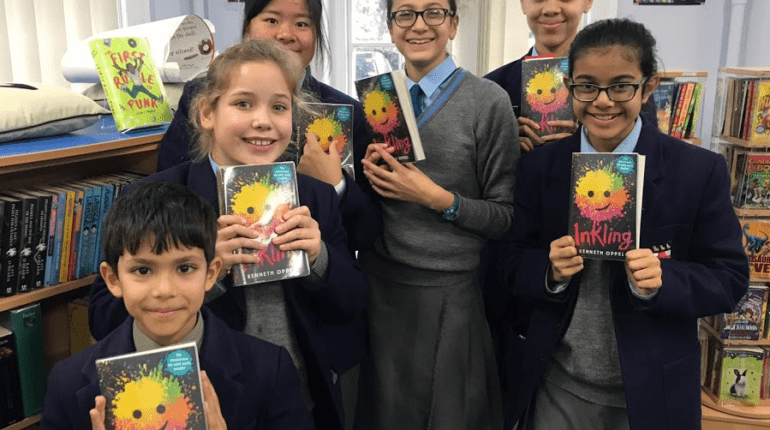 Over the past two weeks, Upper School Book Club have been digesting the newest title from Canadian author Kenneth Oppel, Inkling. This unusual story follows the journey of a sentient ink blob who comes to life in the home of Ethan, his little sister and their dad, who is a famous graphic novelist with severe writer’s block. A tender exploration of grief, the book also has many funny moments and teaches an important lesson about believing in yourself.

Last week the group filled in prediction sheets drawing on the title of the book, with Maisie writing “I have an inkling that Inkling is going to help Ethan to draw…” Maya agreed with this, while a couple of Book Clubbers thought Inkling might secretly be evil! Kiyan wrote “I have an inkling that Inkling has been lured to get an evil purpose”… very imaginative! We finished the book after this session and spent this week reflecting on the book’s plot and themes.

Eleanor said “This book was interesting – I’ve never really read a book like this before, with the idea of an ink blot coming to life. I thought it was supposed to be a fantasy.”

Prisha described it as “mysterious and adventurous: the description makes you feel like you’re in the book. I thought it was a bit muddled in the middle, in the scene with the office – that bit could have been clearer.”

Maya felt the book was “too animated – it felt like a Disney/Pixar movie. The idea was very original but not the plot, which was a bit formulaic. I would change the character of Inkling to a magic drawing, as the blob is too cartoonish in my opinion.”

Sarachi noted the significance of the cover’s smiley face, and enjoyed the way Ethan “gets better at drawing but still lets Inkling do the work”. She enjoyed the “milestones where different things happen”.

Maisie thought “The book doesn’t really have a point” but liked the way “Inkling comes out of the sketchbook and learns how to use proper sentences by absorbing words from other things – especially the comic, when he became hyperactive then speaks with longer words after reading ‘Anne of Green Gables’!” She said “It’s like no other book in the world!”

Kiyan noted that “Ethan can’t draw, but as soon as he meets Inkling, everything turns wrong (even though Inkling helps him to draw). I liked the book because it turns Ethan’s dad so he can draw again. I liked the story!”

If you’d like to read this unusual book for yourself, just ask in the Library – but hurry, as there may be a waiting list! 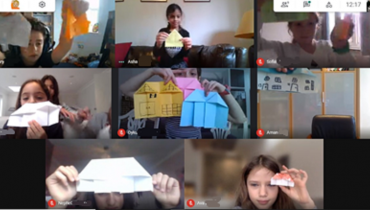 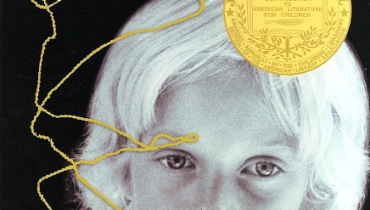 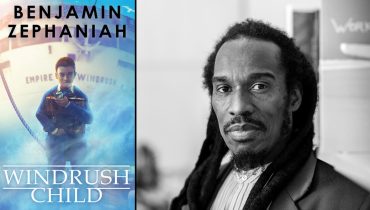