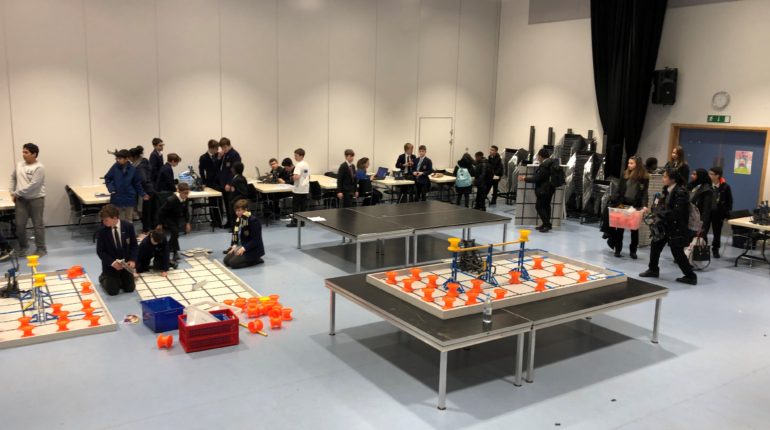 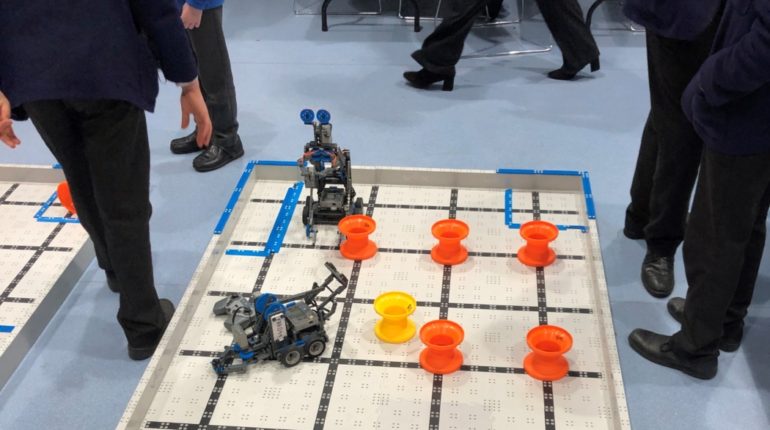 On Wednesday the Vex Robotics club deployed two teams to East Barnet School to compete in the regional round of the Vex IQ challenge competition.

It had been a mad dash to get the Bots ready for competition, the second team only had 3 weeks to build the robot from scratch.

Qualifiers ran from 10am with new matches every 2 minutes. Bots were randomly paired with another to work in tandem to earn as many points as possible. Other teams had been building and designing for over a year and the experience showed.

Over the course of the day our robots were changed and the driving improved and Team A started to creep up the leader board and even overtook an East Barnet Team who have been running a Vex program for years.

At the end of the day both teams finished with their heads held high and a whole new perspective on what they needed to improve in the building and coding of the robots.